The IRS Claims That People Are Receiving Bigger Tax Refunds In 2019, Despite Outrage Online–Here’s Why 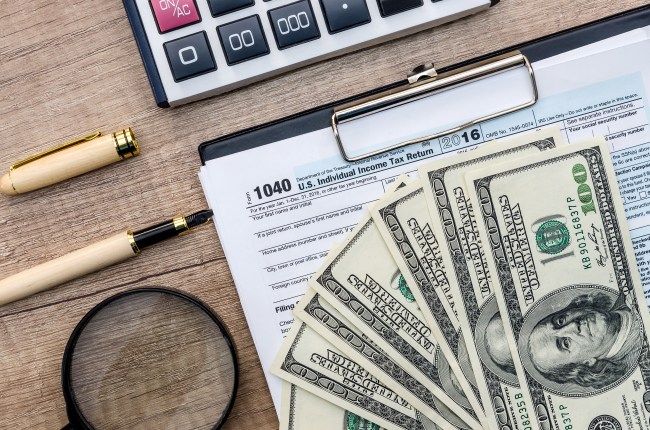 Back in February, in the first couple weeks of tax filing, hundreds of people started a mini-uproar online for what they believed to be a diminished tax return refund.

Early data indicated that the average federal tax refund amount was reduced by 8.7% to $1,949 compared with last year. The total number of refunds issued dropped by 16%, Business Insider reported at the time.

This news made people publicly denounce the Tax Cuts and Jobs Act passed in 2017 using the hashtag #GOPTaxScam. No protest was cuter than this one:

Everyone from policy journalists to George Takei ripped what they deemed to be a GOP Tax Scam, but the newest data indicates that people are actually getting bigger tax refunds in 2019.

As of February 1, 2019, however, the average income-tax refund among returns filed was only $1,865, according to the IRS, versus $2,035 for the comparable time frame one year ago.

Many people, me included, love getting a refund at the end of the year because it feels like free money. But, a refund is solely an indication that you’ve been overpaying taxes and are owed some of your own money back. As Money reports, you should really be focusing on how much you’re paying in taxes annually, rather than just at filing time. The good news is that 80% of American taxpayers will be paying less in federal taxes overall compared to last year, according to the nonprofit Tax Foundation.

In a statement released to Business Insider, the IRS warned taxpayers not to get too hung up on weekly data around tax season, as the total number of tax returns received by the IRS was down 3.5% as of February 22.

“Despite the higher refund average, we remind taxpayers that weekly filing season data is variable and will continue to fluctuate. We caution against drawing broad conclusions on refunds overall this early in the filing season.”

So, for those of you choosing to grab your pitchforks and protest outside the White House, I encourage you to sit down and file your taxes before getting caught up in a hashtag.

And remember, spend your $31 wisely.

Me receiving my $31.00 tax refund. pic.twitter.com/tCVXPGZ2R9