Uh Oh, The IRS Is Coming After Ric Flair For Lots Of Monies 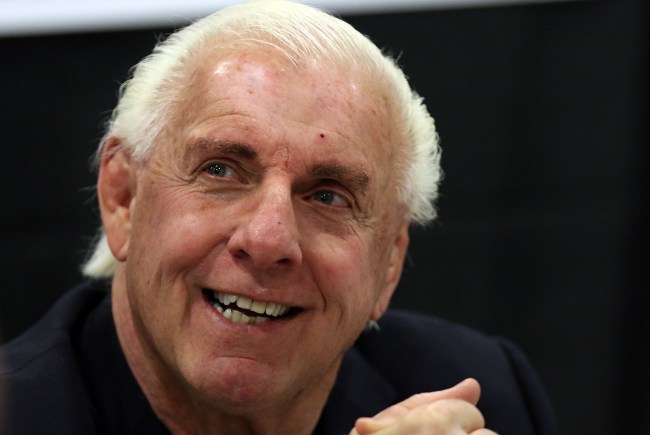 Ric Flair is one of the greatest entertainers of a generation. Ric Flair isn’t a guy you want owing you money.

Just days after The Nature Boy accused his former talent agent of 10 years of embezzling money from him, the American government is now reportedly tugging at his pockets.

According to Daily Mail, the 70-year-old wrestling legend was slapped with a $280,000 tax bill from Uncle Sam.

Both the IRS and the Georgia Department of Revenue have taken out liens on the Nature Boy’s five-bed mansion in suburban Atlanta, where he lives with his fifth wife, Wendy Barlow.

Flair’s $370,000 home could eventually be seized but the WWE Hall of Famer – worth an estimated $3 million – has years to settle the debts.

The 16-time world champion has a rocky history with his personal finances. In 1990, he paid $62,000 on back taxes from from 80s. In 2000, his estate was hit with another lien for $874,000. In 2011, he was evicted from his home in Charlotte, North Carolina because he was incapable of paying rent. Flair lost a judgment for unpaid tuition that his son’s private school sued him for. There have been lawsuits filed against him by wrestling merchandise company Highspots for failing to repay a loan and independent wrestling promotion Ring of Honor for not refunding deposits for cancelled appearances.

Don’t expect for Flair to change his lifestyle this late in the game, as he’s recently said he’s never gonna slow down because “I got a wife that wants a 35-year-old man every day of her life.”

Ric Flair would rather burn out than fade away.