Is Disney Plus Worth It? Why The Disney+ Bundle With Hulu And ESPN+ Is A Great Deal 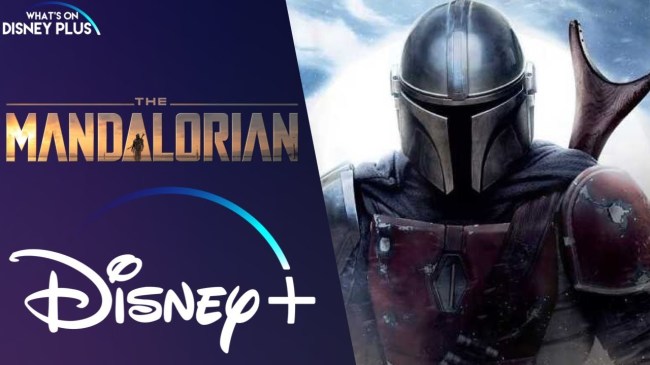 Disney Plus is officially here, meaning we’ve now got access to pretty much everything imaginable thanks to the most premier streaming service known to man. And with a bundle consisting of Hulu and ESPN+ for just $12.99, members literally have a perfect blend of live events with classic (and new) TV and movies. If that doesn’t get you excited, it might be time to check your pulse. It was worth the wait.

Just check out the full list of what’s on Disney Plus and tell me you’re not hyped.

Is Disney Plus worth it?

Fair thing to ask. Really, the first thing to ask yourself is how (..and who!) in your household will be watching Disney Plus to make it worth it.

First of all… This is the way. If you’re a Star Wars fan, Disney Plus is worth the price alone just for the The Mandalorian, Season Two – out now! It’s the perfect continuation of the Star Wars universe for a new era. And Baby Yoda has captured hearts and minds around the world like few other characters in Disney history .

Are you looking to stream Hamilton from your living room or watch instant family classics like The Peanuts Movie or live action Beauty and the Beast or 2019’s Lion King? Want to see what the hype is about Beyonce’s Black Is King? Keep on reading to find out why this streaming service is like none other ever created.

Here’s why Disney+ is worth it:

As mentioned above, Disney+ is offering up a killer deal that pairs Hulu and ESPN+ for only $12.99. That means you get all the benefits of each service in just one subscription, which helps you keep things organized, while having the most robust catalogue of content to watch at all times. Just take a look at some details of the insane bundle.

Oh, yeah, that’s the only way to stream these days, isn’t it?

Are we starting to pique your interest even more about Disney+? Probably. So, to answer that little question from before, “is Disney+ worth it?”, with over 600 titles to access, here are some you might get excited about the most.

The World According to Jeff Goldblum

One of the most iconic actors of the past 30 years, Jeff Goldblum finally allows us to get into his head, with Disney+ presenting an original show called The World According to Jeff Goldblum. With his quirky and inquisitive mind, Goldblum’s new show gives audiences a new topic each episode, with the actor unraveling connections between science, history and amazing people, all with his personal insights and commentary.

For over 30 years, The Simpsons have brought us laughs, eerily predicted future events and introduced us to the many personalities in a town called Springfield. Disney owns Fox now, so all of this is possible on one streaming platform. With Disney+, you can relive all the incredible moments from season 1 to the most recent, with the iconic show available for streaming immediately.

If you don’t already know what ESPN+ is, well, be prepared for sports overload. With thousands of live sporting events thanks to UFC fights and replays, to college football, to college basketball, among others, and original shows like Peyton Manning’s Peyton’s Places, SneakerCity and Detail, there isn’t a sports-minded streaming network that can even come close to ESPN+ — and it’s all yours with a $12.99/month from Disney+. 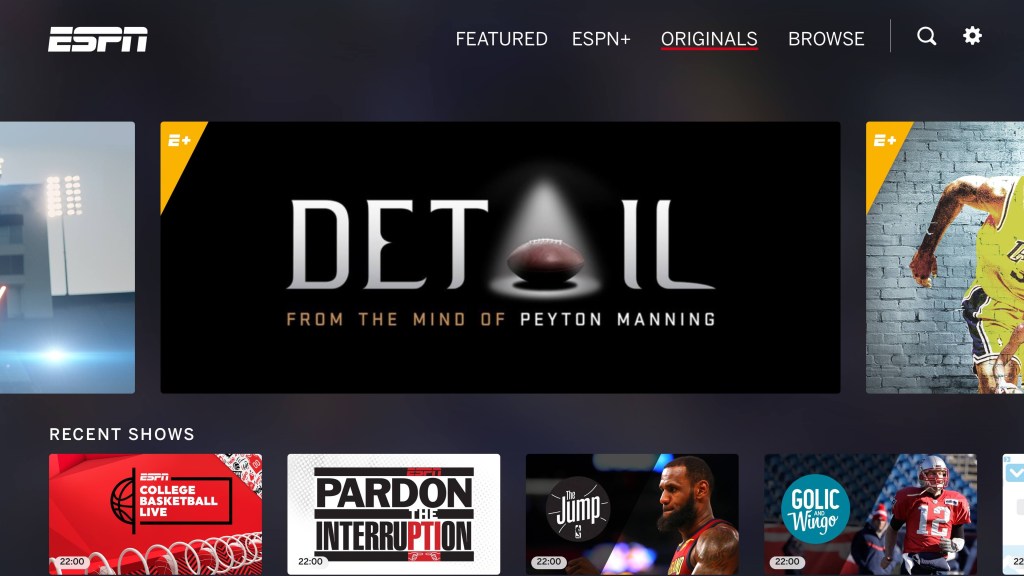 Oh, don’t think for a second that we forgot about the over 600 titles that will be included on Disney+, guys. Whether it’s a classic Disney title you’re looking for, a sports movie that’ll get you inspired, a comedy that’ll help you laugh during binge-watching season, to original and new TV shows and movies, the streaming service has more content than your mind can handle — but we’ve got faith that you’ll find a way to manage.

If you’re a comic book fan, you’ll get hooked up with all the Marvel movies you could ever imagine with Disney+. That’s because the streaming service has existing movies and shows and a bunch of others in the works to launch in the coming year or so. Bringing your old comic books to life has never been easier.

The Mandalorian And All The Star Wars

Every. Single. Star Wars movie and spin-off. That’s what you’ll get on Disney+, guys, so if you’re a fan of the franchise — and aren’t we all? — you’ll have hours of content to stream and watch for as long as you want. Plus, with the new Star Wars-themed TV show, The Mandalorian, you’ll be able to watch the action in a way like never before.

Whether it’s to help save some money on all those different streaming services, or just because you want to expand on your options of things to watch, bundling Disney+ with Hulu and ESPN+ is the ideal way to watch all the best things. From live events to classic, original and new TV shows and movies, there’s nothing that beats Disney+.

So is Disney Plus worth it? Considering the Hulu and ESPN+ bundle costs just $12.99/month, the answer is a resounding yes for anyone who loves the best content around.