‘Rise Of Skywalker’ Is Now On Disney+, Completing The Skywalker Saga 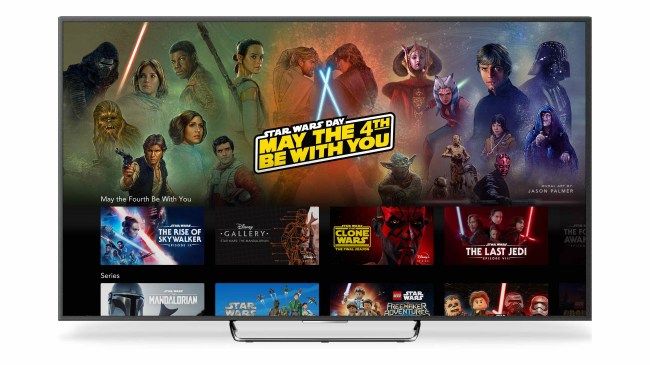 May the 4th be with you.

Star Wars: The Rise of Skywalker is now available to stream on Disney+, completing all nine Skywalker movies available on the platform.

When you’re tapped out of Luke Skywalker, consider a bine of The Clone Wars and The Mandalorian – reportedly finished production back in March and season two is already rumored to be “mind-blowing.”

Also making its debut today from the Disney Star Wars universe: Disney Gallery: The Mandalorian, an eight-episode docuseries about the making of The Mandalorian, by executive producer Jon Favreau.

If you’re asking yourself is Disney Plus is worth it as a Star Wars fan, you pretty much just answered your own question.

An entire galaxy, all in one place. The complete Skywalker Saga, the first episode of Disney Gallery: The Mandalorian and all episodes of @StarWars: #TheCloneWars and #TheMandalorian are now streaming on #DisneyPlus. pic.twitter.com/h9ZJB5QnxD

RELATED: ‘The Mandalorian’ Season 1 Review: This Is The Way For The Future Of ‘Star Wars’