Dear Diary, Day 1: Is Now The Wrong Time To Buy A Home? 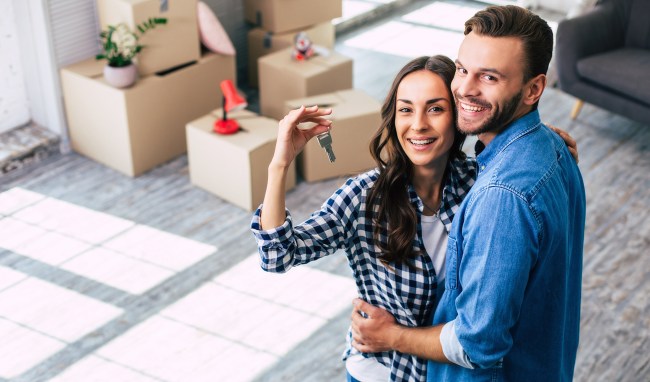 What a lovely day it is today. I woke up in my girlfriend’s parents’ bed in New Hope, Pennsylvania. Her folks are trapped in Miami so we’re enjoying the sort of stuff that adults have: a house, a bathtub, heated floors, water pitchers, etc. If you’re wondering, the town of New Hope was actually established prior to the first Star Wars film. It’s a charming community nestled along the banks of the Delaware River, not far from where Washington doubled-back on the Hessians all those Christmases ago. The place is a tremendous upgrade to my apartment in New York City, where the lady and I were maneuvering around each other like Brad Pitt and Angelina Jolie once they’ve both realized the other is an assassin in Mr. And Mrs. Smith. Except without the sexual tension. Just regular tension.

When the Fed lowered interest rates to nearly zero yesterday, we immediately hopped on Zillow to buy a house. It’s not often that you get to borrow money for free, which allows us to triple our budget. Of course we sorted the search results in order of most expensive.

The first house we’re seeing today is a 7,225 square-foot stone farmhouse with five bedrooms, five baths, and so much light that you won’t want to walk around naked. On 28 acres of rolling meadows! We’re going to need plenty of open land, too, to pick off the invaders when they come for our canned goods. I’ve already reached out to a contractor to design a sniper nest with 360 degree views. Annoyingly, I’ll have to get to the DMV to swap my New York license for a Pennsylvania license. There’s so much red tape involved with buying a gun as a New York resident.

I ran four miles along the river yesterday thanks to a great playlist. I passed a bunch of smiling bikers along the way. I’ve always wanted to high-five people while I’m on a run, to congratulate them for exercising too. In the same way that early Prius owners would honk of flash their lights to each other. Good for us.

Beyond that, I’ve enjoyed building a fire these past few nights. They have gas fireplaces but that hasn’t stopped me from throwing a couple logs on there. I enjoy the sparks. Also the hiss of wet earth worms hiding under rotting bark as they pop and sizzle—a perfect hors d’oeuvre.

Our nights are comparatively quiet though. We’ve mined our collective memories, filling each other in on the two decades of our lives before we met. I told her the story of the first time I smoked pot and she practically nodded off. Might be time to let her have a turn at the sharing wheel.

For now, it’s Scrabble and wine, maybe a puzzle if we can find one. We’re learning a lot about each other. I’ll check back in tomorrow. I have some ideas about some skills I’d like to learn. Stay safe.