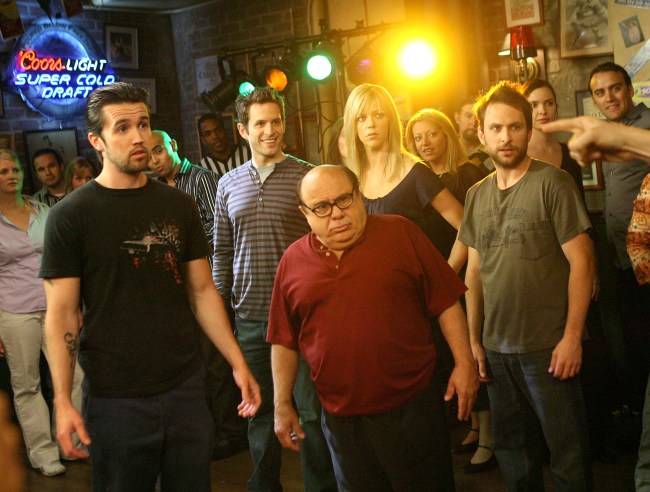 It’s Always Sunny in Philadelphia returns for its 16th season in December. However, IASIP may have never been if it weren’t for a failed spinoff of That ’70s Show.

That ’70s Show pulled in major ratings in the late 1990s and early 2000s, which prompted creative producers to develop a brand new series cleverly titled: That ’80s Show. The premise of the spinoff was to give a massive dopamine hit of nostalgia. Likely including Cabbage Patch dolls, Paula Abdul, and pogo balls.

That ’80s Show featured a character named “Corey Howard.” He is described as a “struggling musician and employee at Permanent Record, who’s rivalry and eventual relationship with June Tuesday is a primary focus of the show.”

It turns out, Corey Howard was played by actor Glenn Howerton – best known for portraying Dennis Reynolds on It’s Always Sunny in Philadelphia.

However, Howerton revealed that the failed That ’70s Show spinoff allowed It’s Always Sunny to be born by providing him enough money to afford a camera to record the first episode and free him up to develop IASIP. Three years after the failed spinoff was canceled, It’s Always Sunny in Philadelphia premiered on FX on August 4, 2005.

“You guys can thank That ‘80s Show for me being able to afford this camera. The one that started it all,” Howerton wrote on Twitter.

You guys can thank “That ‘80s Show” for me being able to afford this camera. The one that started it all. https://t.co/lKSwVc4Aiu

Howerton talked about the birth of on IASIP the It’s Always Sunny Podcast. He was joined by his co-stars Charlie Day and Rob McElhenney.

Thank you crummy spinoff for sucking so much. It opened the door for the entertainment juggernaut It’s Always Sunny in Philadelphia to be born.