J. Cole Made His Professional Basketball Debut In Legendary Fashion, Scored His First Bucket In A Blowout Win 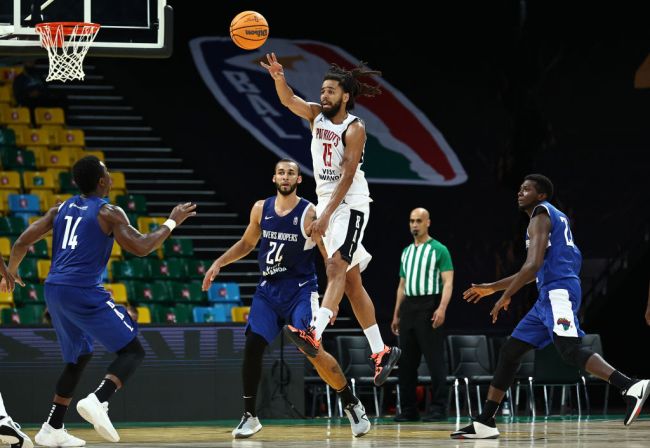 Jermaine Lamar Cole, better known as rapper J. Cole, is officially a professional basketball player. The 36-year-old from North Carolina is playing for the Rwanda Patriots BBC in the Basketball Africa League. His club’s first game was on Sunday and he started his career in style.

Just days after releasing his new album The Off-Season, Cole warmed up to his own music. It had been a few years since his last release and it was worth the wait. Getting loose to his own tracks is such a legendary move.

J. Cole warming up to his own music. A flex. pic.twitter.com/gBVR0GXiFS

He was hitting buckets.

Cole was announced with the rest of his team’s roster as Jermaine. Jermaine on the court, J. in the studio.

J. Cole is really about to play in this Basketball Africa League game. I thought they were playing pic.twitter.com/RpHHJsk14v

Later in the game, near the end of the first quarter, the Dreamville founder got on his horse for a hustle put-back bucket. It was his first two points as a professional hooper.

Having not played competitive organized basketball since high school, even being on the court was impressive. He has a long way to go, but somebody should check the court because Cole did drop some dimes.

His first dish came with some quick vision with a nice pass underneath for the assist. He lost his handles on the second, but he recovered and went behind his back to set up the layup.

Cole played 17 minutes in a 83-60 blowout win over Nigerian side River Hoopers. He contributed three points (his third on a technical free throw), three rebounds and the two assists. ESPN did him dirty with their postgame graphic.

.@JColeNC in his pro debut 👏 pic.twitter.com/RwHLvuKxAH

Cole will play at least two more games in the Basketball Africa League.