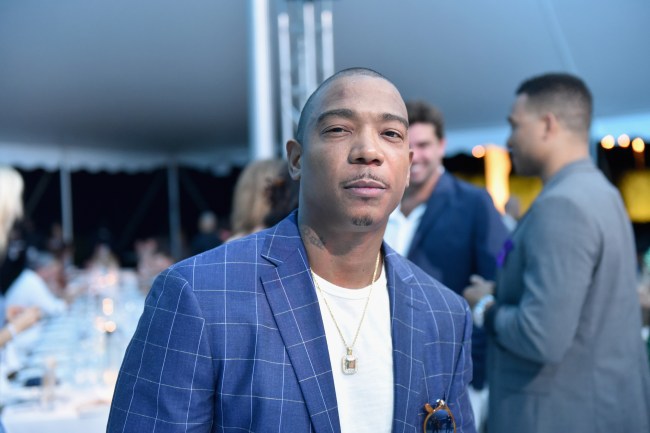 You may recall that Ja Rule announced his plans to enroll at Harvard Business School online in September:

Many people believed that Ja was starting the full 2-year MBA program at one of the country’s most prestigious business schools. It definitely helped that Ja said he was starting in September, when the school year typically begins. It also helped that so many college and graduate programs were doing online learning this year, meaning it was possible that Ja would be forced to take his HBS classes from home due to the pandemic. It was one of those vague tweets, like a piece of modern art, that left interpretation up to the reader. Whatever “Harvard Online Business School” meant to you, that was fine with Ja.

Even my podcast cohost Giulio told me that Ja was a full-on HBS student. Like Mitt Romney. Or Jamie Dimon. Or George W. Bush. Mike Bloomberg. Ray Dalio. Robert Kraft. You get the idea.

I had my doubts. Mainly because Ja fell for Fyre Festival the MOST. He was patient zero in what has arguably become the most ridiculous fraud scheme in recent memory. Nobody really holds him accountable for that, which is fine. We all get sold down the river in our lives at some point. But Giulio argued that falling for Fyre Festival actually gave Ja Rule a good story to use for applying to HBS. Whereas I thought it was more of a dark spot on his candidacy. I mean, that was really stupid of him. And Harvard Business School puts a lot of emphasis on intelligence.

Fast-forward to yesterday, when Ja tweets that he finally completed his HBS, uhm, situation:

I ain’t the sharpest knife in the drawer buuuuut… pic.twitter.com/kCxvGih9Hg 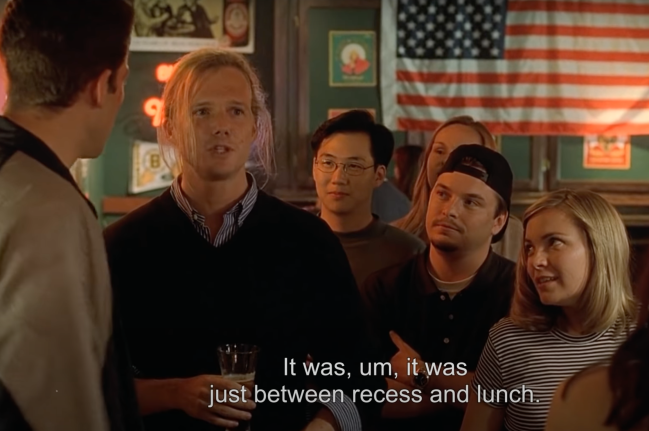 For the record, I realize that Ja Rule probably knows that he doesn’t have a real MBA from Harvard Business School. But he’s definitely not correcting people who have it wrong based off his leading tweets. Look at some of these headlines:

Ja Rule graduates from Harvard Business School (This one is from The Source, which I thought was a serious publication).

From a bonafide hitmaker, to entrepreneur, to Dave Chappelle meme, and even a Greek restaurant spokesperson, people are unsure of how Ja would be able to reinvent himself again. Well, now he can add Harvard Business School graduate to the list now.

Dear God. And I thought we were cracking down on fake news.

I did a little research on my own. I opened up an online chat with the help center from “Harvard Business School Online.” Here’s what I learned: 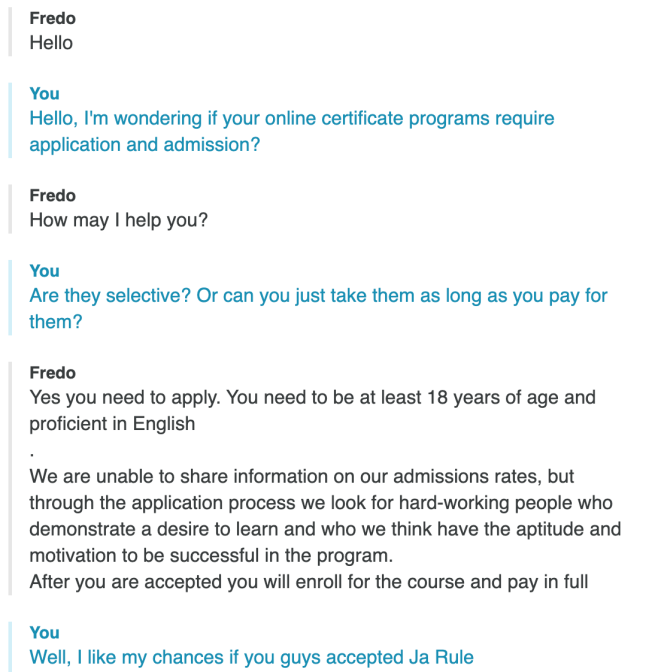 To recap, the admissions requirements for the HBS online certificate programs:

It’s like some kid saying his work was featured in the Metropolitan Museum of Art because he took a summer fingerpainting camp and they let the “paintings” dry in some closet inside.

Should we be focusing on the fact that Ja started the 4-week course in September and finished it yesterday? Nah, we’ll let that one slide. Wifi connections are so spotty these days.

I’m being a total dick about this, I understand. And credit to Ja Rule for wanting to take an online course. Education is awesome, we need public figures to show the value of higher learning, blah blah blah. But don’t piss on my face and tell me you went to Harvard Business School. The way I see it, that’s stolen valor.