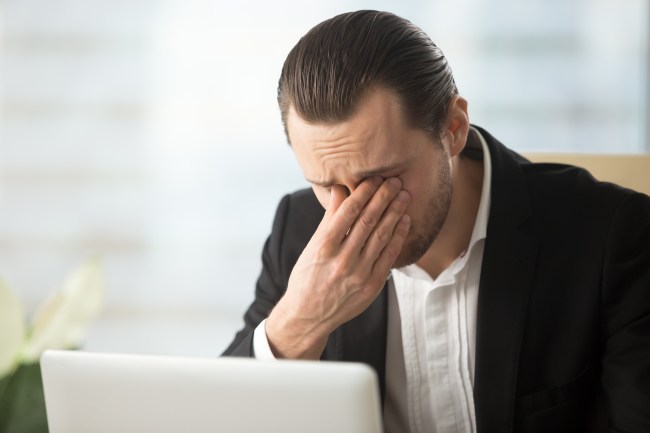 The Islamic State took two massive L’s Thursday, and I need your help determining which is more damning to their cause.

L-1: An ISIS mufti–their top religious authority for issuing religious rulings–has been captured by Iraqi forces.
L-2: He looked like this.

ISIS mufti (their top religious authority for issuing religious rulings) Shifa al-Nima is arrested (yes, this is actually how large he was). He was so overweight, maybe from remaining sedantry in his hiding place, that he had to be taken by police in the back of a pick up truck pic.twitter.com/qbmQO1s5cr

Your next Bachelor, ladies and gentlemen. You’ll find all the roses and three prisoners of war in his FUPA.

This man is Abu Abdul Bari, dubbed “Jabba the Jihadi,” a preacher known for “provocative speeches against the security forces” and is considered one of the top leaders of “ISIS gangs,” the Iraqi government’s security media cell said in a statement Thursday. He was captured Thursday by an elite SWAT team of the Nineveh regiment in the city of Mosul.

I'm glad @realdonaldtrump's actions in the region supporting our great military have gotten most of the the others so this is whats left?

Via Star and Stripes:

Considered by ISIS to be an authority in Quranic law, Bari issued religious rulings, or fatwas, ordering the execution of scholars and clerics who refused to pledge allegiance to the terrorist group when it occupied Mosul, the statement said. He also ordered the July 2014 destruction of a mosque built at the site believed to be the burial place of the biblical prophet Jonah, who once had a notable encounter with a whale.

Maajid Nawaz, founder of the London-based counter-extremist organization Quilliam, shared the news of the big game hunt on Twitter. Nawaz was formerly imprisoned in Egypt for being a member of the Islamist group Hizb ut-Tahrir, but after reading books on human rights in prison, he renounced his Islamist past and has since been advocating for “secular Islam.”

Do not underestimate the psychological blow the image of this obese monstor being arrested is to ISIS. Gluttony is frowned upon by jihadists. But also, ISIS branded themselves as fighters possessing rare courage & discipline… meanwhile this walrus was their top religious cleric

Right now, as I type this, Iraqi authorities are looking at each other wondering what they’re going to do with this behemoth. I wouldn’t wish this burden on anyone.