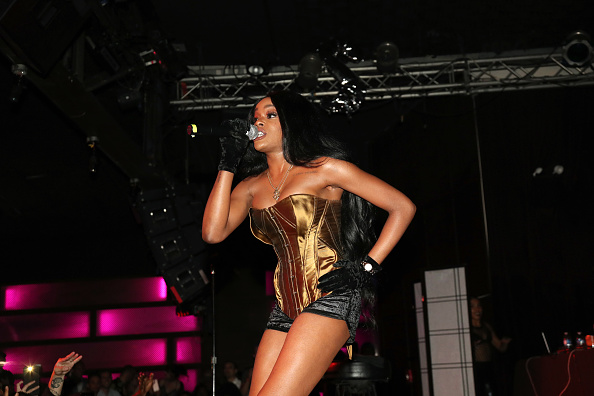 In a profile on Jack Dorsey in Vanity Fair last week, there was a casual mention that “Once, a source who worked with him told me Dorsey had sent a rapper his beard shavings to make him an amulet that would protect him from evildoers.” Pete Davidson should send his hair to Azealia so she can create a magical amulet that protects him from bad haircuts.

The Islamic State of Iraq and the Levant waged a war on Jack Dorsey because Twitter banned numerous jihadist accounts on the social network. ISIS called for their followers to behead Dorsey and other Twitter employees for shutting down their accounts. To make sure that ISIS didn’t kill him, Dorsey shaved off some of his beard hair to make a mystical amulet. Ironically, this is the opposite facial hair reaction to what Larry David did when he had a fatwa issued against him.

As the story goes, Dorsey mailed his facial hair to Azealia Banks who is not only a rapper, but also a self-professed witch. “He [Dorsey] also sent me his hair in an envelope because I was supposed to make him an amulet for protection,” Banks said in since-deleted tweets. “At the time, Banks said Dorsey promised to promote her mixtape Slay-Z in exchange for her promoting his cash transfer app Square and her crafting him a magical object that might protect him from ISIS, which had threatened Dorsey in a video earlier that year,” according to SPIN.

Banks then wrote that she would put a curse on him instead, “I’m about to hex this [expletive]. I have 3 strands of a billionaire’s hair. I should steal his luck.” Then Banks backtracked and said, “A lot of articles said I put a hex on him but I didn’t. I have no reason to wish him harm. But we made a spiritual pact and he was supposed to make good on his end.”

“He may think that my religion is a facet of mental illness but it isn’t,” Banks told Business Insider. “It’s a well-established African traditional religion which should be respected. I made a pact on his behalf and he left me hanging. He will pay for that.”

In 2016, Banks announced to the world that she had been practicing “three years worth of brujería,” which is the Spanish word for witchcraft. Two years ago, Azealia reveals that she sacrificed animals in a closet in her house.

“Real witches do real things,” Azealia boasts in a very graphic Instagram video that has since been deleted. “You know I gotta scrape all this shit up. I got my sandblaster and my goggles. It’s about to go down.” This is exactly why I do all of my animal sacrifices in the shower for cleanup that’s easy-peasy.

Just when you think it doesn't get crazier than Elon vs. the shorts, you find out about the Azealia Banks Vs. Grimes/Elon craziness and realize THERE COULD BE SO MANY MORE LEVELS OF CRAZY TO GO.$TSLA pic.twitter.com/A5YEqwXbP1

We must assume that Jack Dorsey got his magic necklace made out of his own hair because ISIS has not killed him. Thank our lucky stars for Azealia Banks.