Jake Paul Tries To Explain Video Of Him In The Middle Of People Looting A Mall; It Doesn’t Go Well 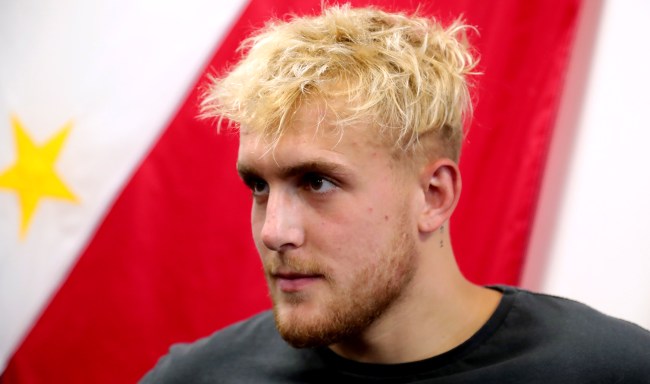 On Sunday, amidst the many riots and looting that were taking place, a video surfaced on Twitter which appeared to show YouTuber Jake Paul in Fashion Square in Scottsdale, Arizona.

In the video, Paul is seen walking around smack dab in the middle of where looting was taking place and appeared to be filming the scene while making no effort to stop the property damage and theft taking place all around him.

Many who saw the video of Paul expressed their anger at his presence at the shopping center alongside those who were looting the businesses.

Logan Paul films a dead body in Japan’s ‘suicide forest’ and posts it.

Jake Paul films himself looting during protests of the murder of an innocent black man.

The Pauls are the embodiment of white privilege. Profiting off of others suffering and getting away with it.

On Monday, Paul responded with a statement trying to defend his actions.

“To be absolutely clear, neither I nor anyone in our group was engaged in any looting or vandalism,” Paul wrote. “For context, we spent the day doing our part to peacefully protest one of the most horrific injustices our country has ever seen, which led to us being tear-gassed for filming the events and brutality that were unfolding in Arizona. We were gassed and forced to keep moving on foot. We filmed everything we saw in an effort to share our experience and bring more attention to the anger felt in every neighborhood we traveled through; we were strictly documenting, not engaging. I do not condone violence, looting, or breaking the law.”

Many people responded to his tweet with evidence contrary to what Paul, who is reportedly worth an estimated $19 million, claimed in his statement and continued to berate him for even being there filming the looting and vandalism in the first place.

saying you “don’t condome violence or looting” but then FILMING SAID LOOTING IS ENCOURAGING IT.

He literally tried to break a window of a car inside the mall and it's on video he's just straight lying. He was also hyping up the people doing most of the looting going woo and making loud noises and getting all excited. Never seen someone so dumb

and here is the notes apology right on schedule...

So that’s not you holding a bottle of vodka stolen from the mall pic.twitter.com/6r4clbGkMq