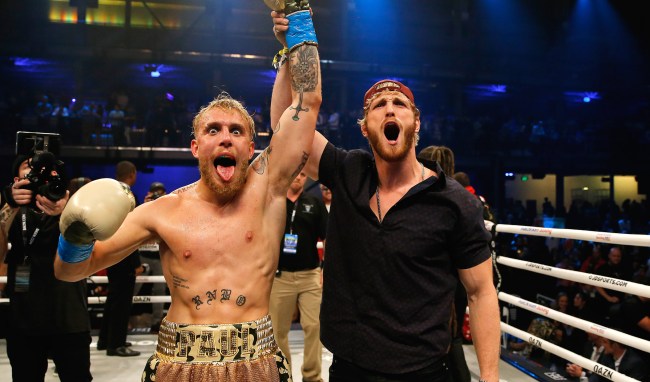 According to TMZ, who has seen copies of the lawsuit documents, Dos Santos claims Paul’s friends beat him up while trying to kick people out of the afterparty.

In the suit, filed by attorney Simon P. Etehad, Dos Santos claims Jake’s crew repeatedly kicked and punched him in the face, body, arms and legs … and he claims the violent attack left him bruised and battered.

According to the docs, Dos Santos claims he suffered a fractured cheek, dislocated shoulder, cuts to his face and bruises to his forehead and eyes.

Bro really did look worse for wear based on video obtained by TMZ allegedly from right after Paul’s crew laid a massive beatdown on him.

Dos Santos says Jake Paul didn’t actually do any of the damage himself, but he is liable for hiring and supervising the people who were involved in the attack.

No word on the monetary amount Dos Santos is seeking in damages yet, and Paul has, as of this writing, not responded to news of the lawsuit.