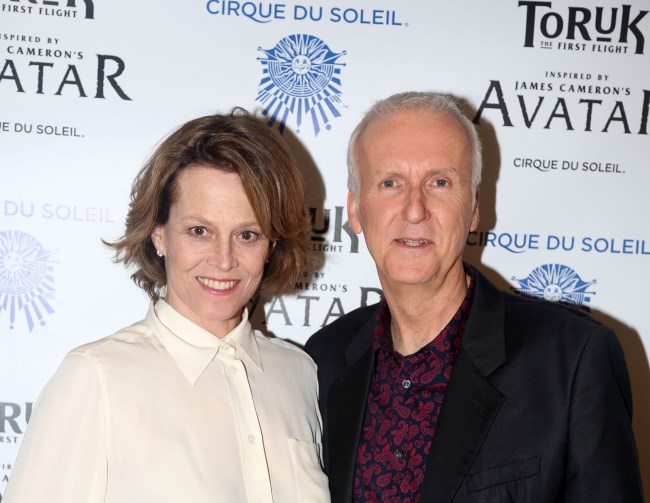 James Cameron has broken the worldwide box office record twice. First with Titanic at $2.187 BILLION and then he broke his own record with Avatar which took in $2.789 BILLION worldwide.

As I’m sure you’ve heard by now, Marvel’s Avengers: Endgame broke Avatar‘s record with a total of $2.796 billion, just barely edging out James Cameron‘s 3D film that pretty much everyone on the planet saw in the theaters as it was one of the most visually stunning movies ever produced but one that lacked any sort of lasting character development or plot.

James has been working on the Avatar sequels for years. The release dates have been pushed back several times. A lot of this has to with him literally having to invent new technology for these films like he did with Avatar which hit theaters in 2009!

A lot has changed since 2009. Netflix has changed the way we watch movies with the home theater experience better than ever. Avatar 2 is slated for a 2021 release with Avatar 3 shortly thereafter.

James Cameron is currently working on the two sequels in New Zealand and he probably wakes up every single day thinking ‘will anyone actually go see these movies?’ The hype behind Avatar settled years ago but he finds a reason to be hopeful from Avengers: Endgame breaking his record:

Cameron, who’s working on back-to-back follow-ups to “Avatar” in New Zealand, said he hopes the enthusiasm for “Endgame” transfers to his new sequels — when they’re ready.

“The thing that scared me most about making ‘Avatar 2’ and ‘Avatar 3’ was that the market might have shifted so much that it simply was no longer possible to get people that excited about going and sitting in a dark room with a bunch of strangers to watch something,” he told the entertainment outlet.

Now, he has hope.

“Will ‘Avatar 2 and 3’ be able to create that kind of success in the zeitgeist? Who knows. We’re trying. Maybe we do, maybe we don’t, but the point is, it’s still possible.” (via NYPost)

When Avengers: Endgame hit theaters I knew this was the ONE film that I wouldn’t be able to avoid spoilers on for long. It was a worldwide cultural event and it was all anyone in Entertainment was talking about at the time.

I don’t foresee Avatar 2 or Avatar 3 having this impact. For better or worse, theaters have tried to completely abandon the 3D viewing experience. You can’t even buy Blu-Ray in 3D anymore if you’re like me and have a 3D projector at home. HBO’s 3D on-demand or eBay for older movies is pretty much the only option.

Avatar made a killing because you had to see this film in IMAX 3D to fully appreciate it and those tickets were like $25-30 a pop. I can’t imagine that will be the case when the sequels hit theaters and the industry isn’t prepared to show a 3D film on every screen and fans don’t care enough to spend $30 on an IMAX ticket. I could be wrong. James Cameron is clearly a genius at his craft so I imagine he’s got some tricks up his sleeves.