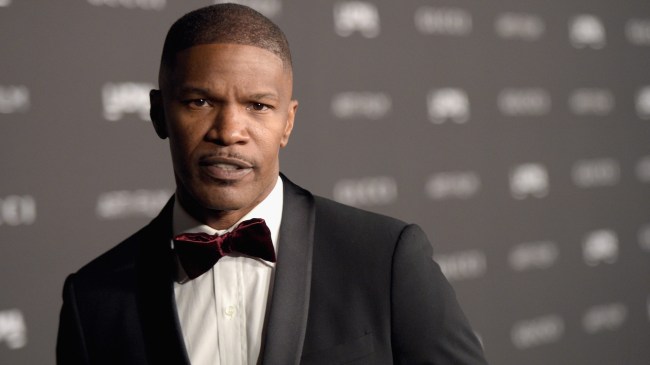 With just under two years to go until the release of The Batman  — the DCEU’s highly-anticipated reboot of its Batman franchise — and production set to begin early next year, the cast of the film is likely being filled out as we speak.

However, outside of Pattinson taking over the cape and cowl of the Dark Knight, it’s largely been all quiet on the casting front. Until now.

According to a report from Geeks WorldWide, Academy Award-winning actor Jamie Foxx is reportedly in the running for a role in Reeves’ The Batman.

While the report does not state what role he’s up for specifically, given that previous reports indicated that Riddler, Penguin, Catwoman, and Firefly would be the villains of the film, Riddler seems like the most likely fit.

The Foxx report comes just days after news broke that Golden Globe-nominated actor John David Washington (son of Denzel) was being considered for a villainous role. In addition to Foxx, Breaking Bad standout Giancarlo Esposito is also rumored to be in contention for a role. Esposito is obviously an in-demand actor, as he’s also been recently rumored to be up for a “major” role in the Marvel Cinematic Universe as well.

While neither of the rumors has been confirmed by any mainstream sources, Geeks WorldWide has a solid track record when it comes to casting rumors over the years.

This would not be Foxx’s first foray into comic book filmmaking, as he previously starred as Max Dillon/Electro in 2014’s The Amazing Spider-Man 2.

The Batman will hit theaters in the United States on Friday, June 25, 2021.