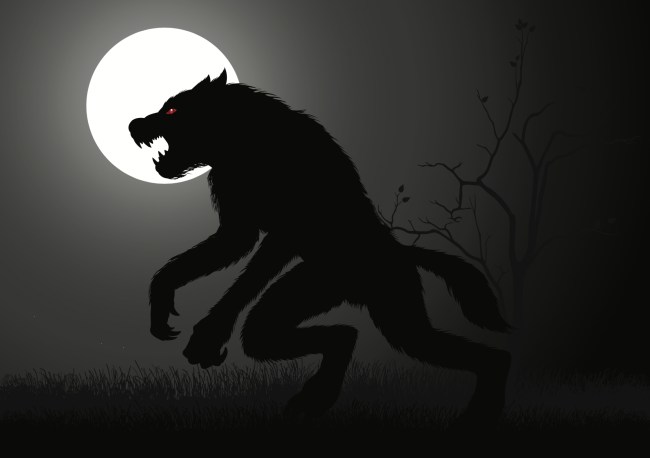 Japan has a bear problem, and the technology to fix it. And by technology, I mean the twisted, nightmare-conjuring imagination to fix it. It’s robot monster wolves, of course!

The wild bears were becoming more than a nuisance, lumbering into a small Japanese city on the northern island of Hokkaido in search of food and increasing the risk of deadly encounters with humans.

In September and October, officials installed a “Monster Wolf” near a residential neighborhood and another in a field in a suburban area to keep the wild bears at bay.

With fake fur, bared fangs and flashing red eyes, the wolf turns its head from side to side and makes howling, screeching sounds when its motion detectors are triggered. The screech can travel about a kilometer, and it comes in more than 60 varieties, including a dog’s bark, a hunter’s voice and gunshots.

That way, bears wouldn’t get used to the sound, according to Shuji Sasaki, director of Wolf Kamuy, the company in charge of the mechanical wolf’s sales and maintenance.

Not the worst idea we’ve seen. Far better than those tragic stories we see out of Alaska where a polar bear wanders into the town because it’s starving and wildlife agents have to kill it. Not sure why we can’t build our own fleet of monster wolves. Elon? Zuck? Take a day?

The easy angle here is to say that these wolves are terrifying. But the truth is, I expected far worse. My brain had Hound of the Baskervilles-type monster. This thing is, if anything, underwhelming? Red eyes and piercing howls and covered in fur SOUNDS scary on paper. But that clip almost had me laughing. It’s like something you’d see on the stoop of a house that kinda cares about Halloween. Doesn’t want to be the only house on the block without any commitment to decorating, so the dad buys the last thing on the shelf at Party City. Brings it home, sets it up, and the kids are disappointed but they get over it quickly. Way to go, dad.

Can’t help but wonder what a grizzly would do to this thing. Would love to see Leo’s nemesis from The Revenant go a few rounds with this wolf scarecrow. Sorry, Japan, not impressed. Call us when your bears are at our level.