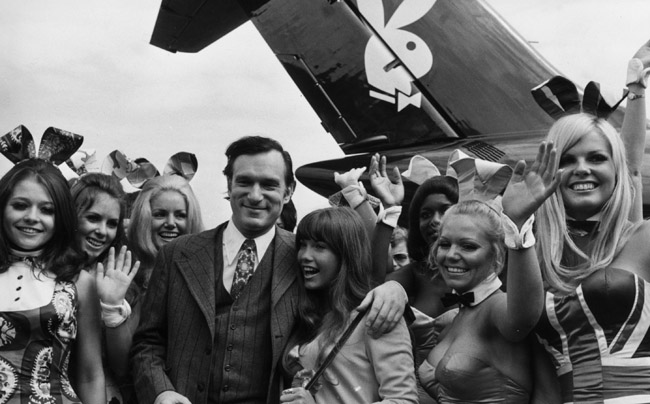 First actor that comes to mind when you think Hugh Hefner in his prime: GO!

Those would probably be my first four guesses, but I’d be wrong on all of them.

Brett Ratner–the director of the Rush Hour series and producer of Horrible Bosses–will direct the film, which aims to chronicle the life of the entertainment mogul. Hef has been trying to get a biopic about his life made for quite some time, and in 2007, Ratner signed on Robert Downey Jr. to play the iconic hedonist, but without a script the project stalled.

The project is in early development with Ratner’s RatPac Entertainment, and Ratner told the Hollywood Reporter how deadset Leto was to play Hef.

“Jared is an old friend. When he heard I got the rights to Hef’s story, he told me, ‘I want to play him. I want to understand him.’ And I really believe Jared can do it. He’s one of the great actors of today.”

The casting was reportedly set a few months ago, before Hef’s death, with Ratner even bringing Leto around to an event at the Playboy Mansion back in April. Leto wanted to meet Hef in person, but Hef’s failing health disallowed him to greet any visitors.

“There’s enough footage on Hef out there that Jared will be able to get as much information as he wants,” Ratner said.

The timeline for completion is unclear at this point.

Congrats to Leto for all the upcoming sex he’ll have in the movie.