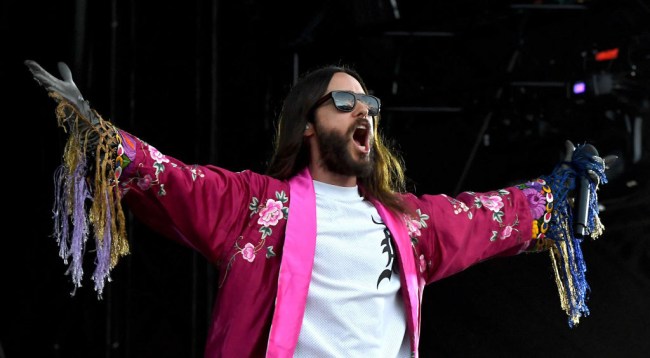 Jared Leto is an odd dude. This is something we confirmed with all of the weird things he did while filming Suicide Squad.

He also comes offas a little bit entitled at times. Perhaps it all stems from being raised in a communal hippie environment. Who knows? It is what it is. He won an Academy Award, so whatever he’s doing is working.

Another thing that seems to be working is the band he and his brother Shannon formed back in 1998, Thirty Seconds to Mars. Because, 20 years later, they are still at it, performing in Sacramento at the Alt 94.7 Electric Christmas Thursday night.

It was there, during the band’s final song of their set that Leto put a complete halt to the concert, mid-song, to berate security guards he believed were “abusing” one of the audience members.

Leto then responded to someone in the audience, repeating how “ridiculous” it was.