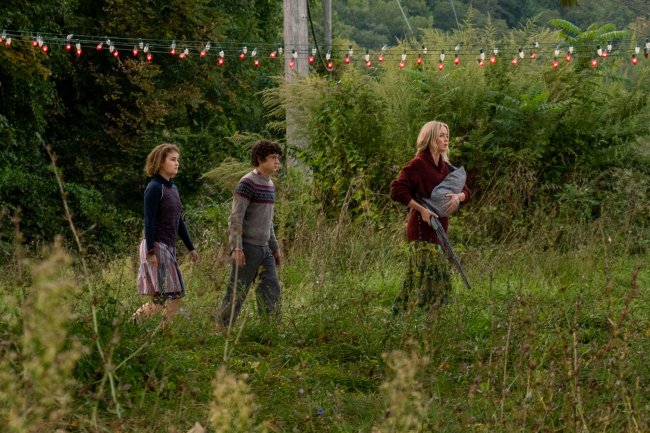 Jeff Nichols, the wildly underrated director of films such as Take Shelter, Mud, Loving, and Midnight Special, has been tapped to director a spin-off set in the universe of A Quiet Place.

To be clear, this is not A Quite Place Part III, but rather, a “broadening” of the “post-apocalyptic world introduced in the first two movies, according to Deadline. While the film will not be directed by Krasinski, the story is based on an idea of his.

The decision to expand the A Quiet Place brand is a no-brainer for Paramount as the first two films in the franchise have been both critically and commercially successful. The 2018 original made $341 million on just a $20 million budget, while the recently-released sequel has already made close to $140 million at the global box office, albeit on a $60 million budget this time around.

Given the success of A Quiet Place and its sequel, there’s no doubt that production on A Quiet Place Part III will begin sooner rather than later, as Krasinski has already teased that he has an idea for the third film.

“So a lot of the things I had thought were interesting to think about on Part I ended up being in Part II,” Krasinski told The Hollywood Reporter. “And then on Part II, I learned my lesson very quickly. Any time I had ideas like that, I wrote them down in case there ever is a Part III or a third one. (Laughs.) So I would be able to reference some of these things if there is a Part III. And we even went so far as to put in a couple Easter eggs, so that if I did do a third one, they would connect back to the second one.”

At this time, the untitled Quiet Place film is set to hit theaters on March 31, 2023. A Quiet Place II is currently in theaters and is definitely worth the watch.