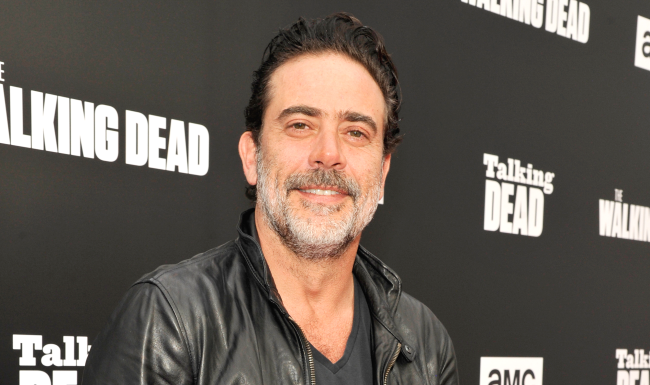 Actor Jeffrey Dean Morgan first popped on my radar back in 2009 when I saw him playing Edward Blake, AKA The Comedian, in the Zack Snyder-directed film Watchmen.

Despite not being one of the main characters, and not surviving the entire movie, Morgan’s portrayal of the cold-blooded former member of the Minutemen.

“It’s hard to find a man’s man in Hollywood. It just is. And Jeffrey came in and was grumpy and cool and grizzled, and I was, like, ‘OK, Jeffrey is perfect!” Snyder said about Morgan at the time.

12 years later and Morgan is still grumpy, cool, grizzled and arguably plays the best character on The Walking Dead: Negan.

Turns out, at least based on this interview Morgan had with Jimmy Kimmel promoting the final season of The Walking Dead, he’s also pretty entertaining in real life too.

Talking about how he’s been working like crazy, recently got the flu (not COVID), and having a daughter who is three-years-old all combined to really wear him out, Morgan revealed a story about eating a bunch of weed gummies to help him sleep that ended with some hilariously unintended consequences.

“I’m exhausted,” Morgan began. “I’m so exhausted, in fact, you know the CBD, kind of gummy action that you can have? I don’t know a lot about them myself, but I had a friend send me some and I would take them just to help me sleep and help with body aches, that kind of thing.

“So the other night Iwas exceedingly tired and I was hurting, but I popped a couple and went to bed. I woke up the next day thinking I feel pretty good, I got some good sleep. Cut to about an hn hour later and my phone is ringing off the hook and I don’t recognize the number and I’m like ‘Who is calling me?’ And finally they start leaving messages, but a lot of messages. And I listened to one and it’s like, ‘Hey, we’re just calling to congratulate you on your Tesla purchase.’ I’m like ‘a Tesla? Tesla S apparently.’ And I’m like, ‘Well that’s a mistake. That’s a bad mistake.'”

“It turns out that I went online and I built a Tesla S online, stacked it very every option, put a down payment on it and didn’t remember a thing. None of it. So the CBD things, I think I took the wrong ones.

“First I emailed them and I said it was a mistake. It’s a bad, bad mistake. Sorry, it’s the right number, but wrong guy. I made a mistake. And they said, ‘Well, someone has to call you and confirm it over the phone.’ The guy calls and he’s like ‘We’re going to have to keep some of that deposit you put on the car.’ The car’s $137,000 or you lose a couple of hundred dollars for building it. Once you go into build mode they keep money. And I’m like, that’s a big difference in price so enjoy your couple hundred dollars and I’m sorry, I can’t eat CBD gummies anymore. That’s the end of that.”

Morgan added that everybody at work “had a field day” with that story and telling his wife also “was a thrill.”

They also discussed the possibility of Morgan’s character Negan getting his own spinoff show once The Walking Dead comes to an end.

He wasn’t sure, but did say there hade been talks, and that he believes “there’s certainly more story for Negan. I think he’s becoming more interesting each episode.”

He’s certainly not wrong there. Fingers crossed it happens.