A ‘Jeopardy!’ Contestant Somehow Thought A Picture Of Jack White Was Eminem 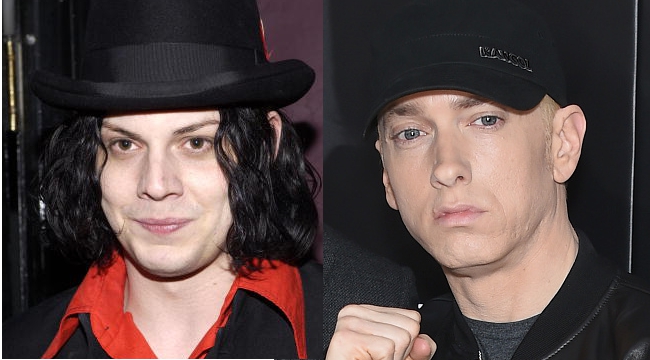 Historically speaking, the Achilles’ Heel of most Jeopardy! contestants has been sports-related categories, which have produced some absolutely incredible and laughably incorrect answers over the years. However, many people who’ve appeared on the show have also showcased their impressive ignorance when it comes to questions—or, if we’re being technical about it, “answers”— about pop culture (although sometimes their incorrect responses are only due to the judges being total dicks).

“Vinyl Resting Place” was a category on last night’s episode, because the only thing Jeopardy! likes more than making you feel bad about the gaps in your knowledge is shitty puns. The answer— which would ultimately be the last one of the before Final Jeopardy— read: “”A recent vinyl resurgence has been aided by this musician, who built a pressing plant in his Detroit hometown,” and was accompanied by a picture of musician Jack White.

A contestant named Julie buzzed in to give her response, and while I have no doubt she could name every single composer from the Baroque Period, it appears modern music isn’t her forte.

If you somehow ever find yourself in a similar situation as Julie, just remember this: Jack White was the kid from your high school who was the president of the manga club and walked around the hallways with a Victorian cane, while Eminem was the one who beat him up.