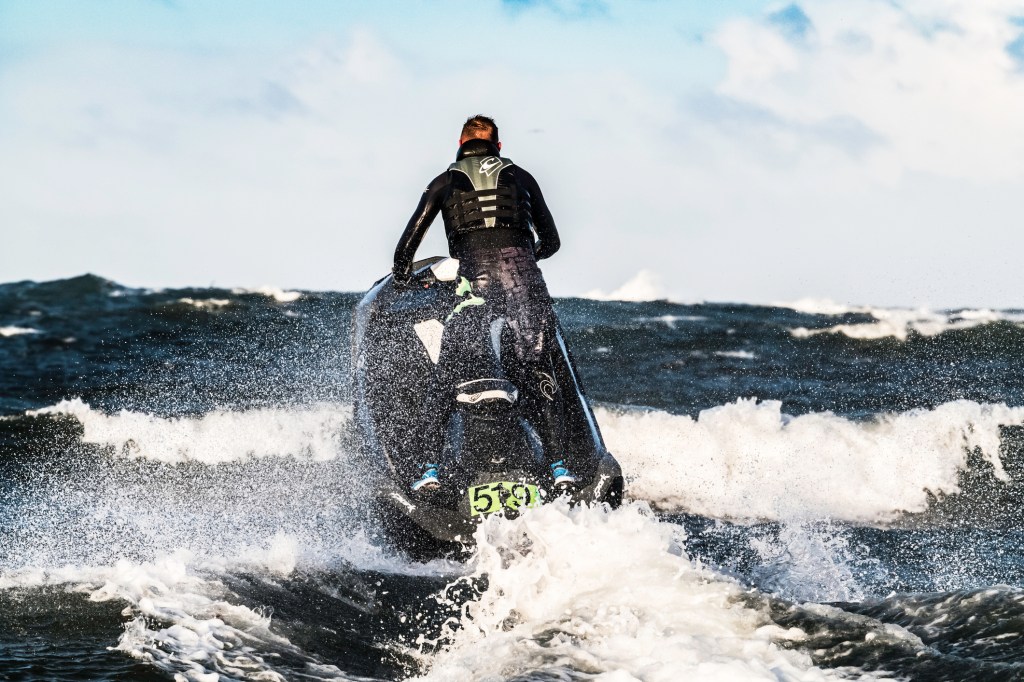 All things considered, using a Jet Ski to smuggle drugs is actually one of the more efficient ways to do it as long as you’re only carrying enough product to store in the storage space underneath the driver’s seat. If you’ve ever been on a Jet Ski or Wave Runner then you know that space isn’t huge but in this instance, it could easily hold a few kilos of cocaine.

Jet Skis are fast, they maneuver really well, and they can launch over waves in ways that boats can’t keep up with. So it’s pretty efficient aside from their range. Jet Skis don’t have huge gas tanks and their average (maximum) range is 75 to 150 miles on a completely full tank of gas, and that will vary depending on how fast the driver is going. These dudes learned the hard way that watching the gas tank is important and they got caught in the frigid winter waters of the North Sea while trying to run $275,000+ worth of cocaine from England to The Netherlands and ran out of gas.

The two men had to be rescued after running out of gas and were consequently jailed after they were found in possession of £200,000 of cocaine, according to the BBC report:

Prosecutor Hugh Vass told the court on their return journey, Brogan and Reilly approached a survey vessel and “asked the crew for some fuel – that request was refused”.
“At one point they were pitched into the sea,” said Mr Vass, adding one man was showing signs of hypothermia and the other of exhaustion.
He said the Lowestoft RNLI lifeboat and the HM Coastguard helicopter from Hull helped rescue the men, who were airlifted to hospital in Gorleston, Norfolk.
The men were arrested after a helicopter crew alerted police to suspicious behaviour on board, Mr Vass said.
Brogan claimed to officers that he had been “fishing… but ran into difficulty”, before a backpack containing 2kg of cocaine was discovered.
Officers later found a van owned by Brogan containing maps of the North Sea, a pick-up point in the Netherlands, tide timetables, a mobile phone and diving equipment, Mr Vass said. (via BBC)

It just occurred to me that if we were playing ‘Never Have I Ever’ right now I wouldn’t have to drink because I’ve never done drugs (or smuggled drugs) on a Jet Ski before. This is actually pretty remarkable because it’s far too often that I’m the person getting hammered during that drinking game because I’ve made too many stupid and reckless decisions in life. Alas, I’m putting that one in my back pocket for the next time I play that game because I live in Florida these days and just about everyone I know has spent a lot of time on a Jet Ski.

As for these guys, I’m sure the system will deal with them accordingly. I also doubt this is the first nor last time that a Jet Ski’s considered for smuggling drugs across Europe. It was also just a few months ago when a man defied the UK’s lockdown orders and took a Jet Ski FOUR HOURS from Scotland to the Isle of Man to see his girlfriend. At this point in history when a lot of travel is restricted, it seems like Jet Skis have become an extremely popular overnight choice to skirt around the law.