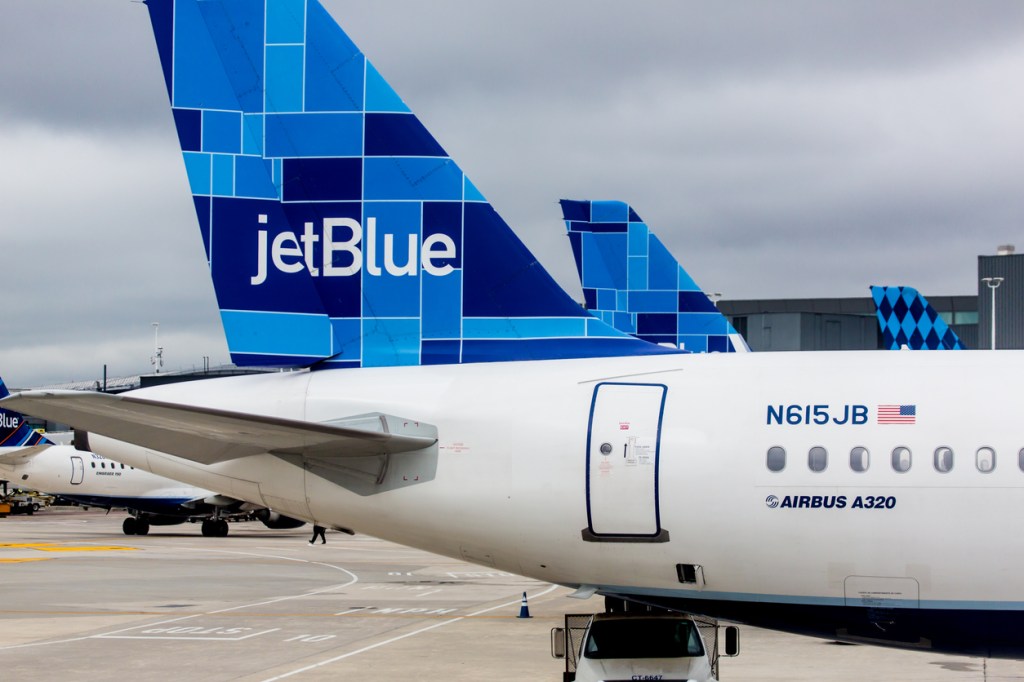 A JetBlue flight from New York City to San Francisco was diverted after an unruly passenger’s shenanigans went too far. The passenger reportedly made threatening gestures to other passengers, refused to wear a mask, and snorted a ‘white substance’ during frequent bathroom trips.

It wasn’t just the white substance that got this passenger booted from the flight. The guy apparently ‘touched a female passenger’ who was moved so she could feel more comfortable. This unruly JetBlue passenger was also repeatedly asked to wear a mask and didn’t.

Uhhh my @JetBlue flight JFK-SFO just got diverted to MSP because an anti-masker was snorting coke in the bathroom and sexually harassing another passenger… props for to the crew for dealing with this maniac. @OneMileataTime @garyleff pic.twitter.com/CABOec8P3j

If that tweet isn’t loading for you then you can access it directly here on Twitter. The caption reads “Uhhh my JetBlue flight JFK-SFO just got diverted to MSP because an anti-masker was snorting coke in the bathroom and sexually harassing another passenger… props for to the crew for dealing with this maniac.”

The cross-country JetBlue flight was diverted to Minneapolis where they were met by law enforcement who removed the passenger. Then the flight continued on to San Francisco, according to MSN.

I once flew internationally with a guy who dumped his protein powder into a Ziploc bag for the trip. This genius tried to go through airport security with a plastic baggy full of a white substance. They looked at him as if he was the dumbest human being alive. He might’ve been.

This reminds me of my last trip to Las Vegas where the flight attendant cut some guy off of booze. I was wearing a t-shirt someone gave me as a present. It’s got a big egg on it and it’s very comfy. Nobody explained to me that it was some random band’s shirt.

The drunk guy was waiting in the bathroom line and asked me if I was going to see the band. I asked him to explain. And he quickly became irate and ready to fight because I was wearing a shirt of a band I didn’t even know existed. At no point did it cross his mind that I DGAF about his band or his feelings. Getting intoxicated on a plane just doesn’t work for everyone.

Is it really so hard to not be a jerk on a flight? Everyone is there to get to their destination. Nobody’s enjoying the ride. Just live and let live. Don’t be a prick. Especially not after the last year.

It is worth mentioning that JetBlue is my preferred airline. They handled this very well as I’d expect them to. There are some jets in their arsenal that could use a facelift but for the most part, they’re great.