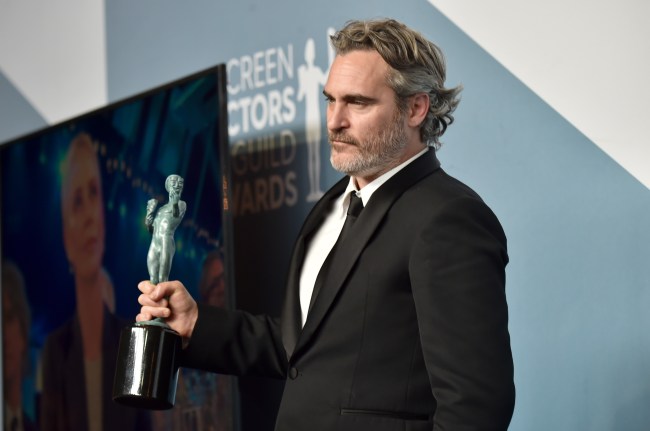 The Screen Actors Guild Award show is one of 92 award shows that allow celebrities to dress in elaborate outfits made of endangered animals and enough blood diamonds to end the conflict, all while preaching to us about the importance of recycling our instant Ramen packets.

It shouldn’t surprise that Joaquin Phoenix won Outstanding Performance by a Male Actor in a Leading Role for Joker, and he used his speech to express his admiration for his fellow nominees (Leonardo DiCaprio, Christian Bale, Adam Driver, Taron Egerton). It was a good speech.

But, when given the opportunity to get wasted the SAG after-party, Joaquin, a longtime vegan, subjected himself to a scene way darker: a slaughterhouse.

Still wearing his tuxedo, Phoenix then skipped the night’s other big party thrown by Netflix at Sunset Tower to head to Vernon, California, site of a local slaughterhouse, so he could join animal rights activists in comforting pigs on their way to the slaughter line.

#VIDEO | Joaquin Phoenix at the LA Animal Save weekly pig vigil to bear witness and give water after winning his SAG Award for Best Actor pic.twitter.com/xFeOUE776H

The group — organized by Los Angeles Animal Save — regularly holds vigils outside processing plant Farmer John, located at 3049 E. Vernon Ave. As trucks drove past carrying pigs, Phoenix and other activists provided water and support. According to a release obtained by The Hollywood Reporter on Monday, the “act of ‘bearing witness’ at peaceful vigils takes place worldwide through the Animal Save Movement’s global network of over 700 grassroots groups, of which L.A. Animal Save is the biggest.”

"Most people don’t really know of the torture and murder in the meat and dairy industry. I’ve seen it for what it is, so I have to be here.”

–Joaquin Phoenix at the 'LA animal Save' vigil pic.twitter.com/JW0CZjnXIB

Phoenix also lobbied the Golden Globes to offer a vegan menu, as well as the upcoming WME Oscar party.

Is there any award Joaquin hasn’t won in the last calendar year? Dude is hot as a pistol.

PETA’s 2019 Person of the Year, Joaquin Phoenix, is ensuring 2020 WILL be the year of real change for animals and the planet by inspiring folks to go #vegan! 👏

Side note: can you imagine Joaquin in the middle of this dance circle? He’d probably slaughter a pig just to get out of there. For Joaquin, this is the hottest of hells: 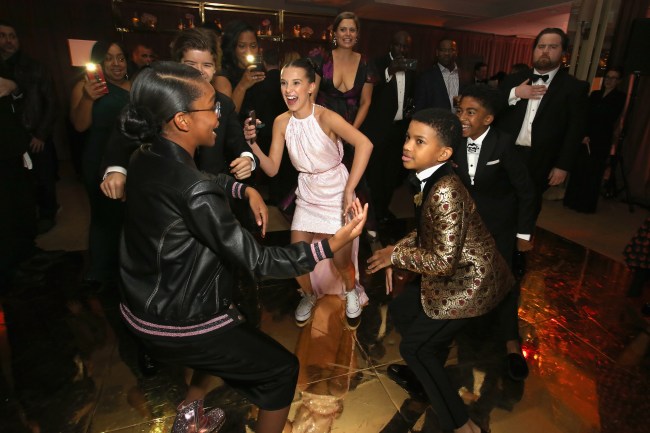