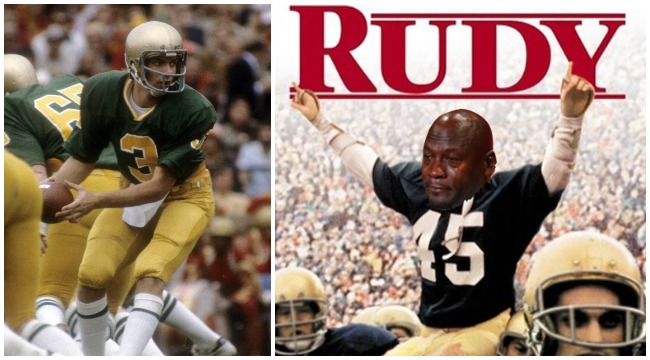 This is why the Hot Singles In Your Area banner only gives your computer a virus and I’m still waiting on my return of investment from the prince of Nigeria.

It is with a heavy heart I must re-circulate the saddening news that the titular character in one of the most inspiring sports films of all-time is less of an inspiration than a punchline to those who suited up with the 5’6” defensive end.

Joe Montana appeared on the Pardon My Take podcast this week and delivered a crotch-shot to short unathletic guys worldwide.

Here’s Rudy getting carried off by the three O’Doyle brothers who probably ran his jock strap up a flag pole the night before. 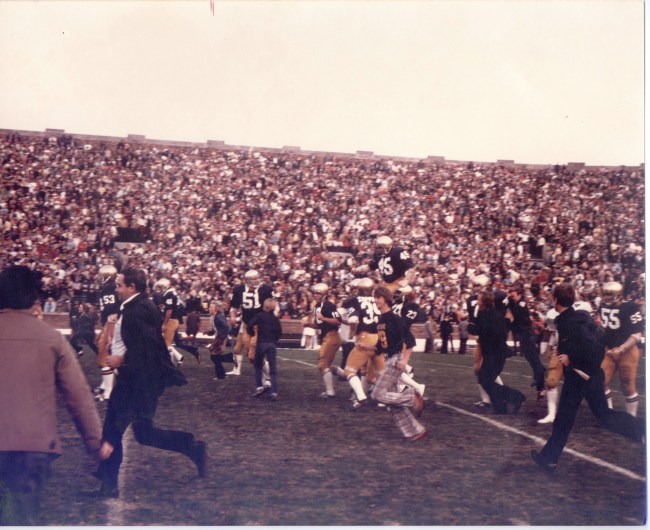 In 2010, Montana told The Dan Patrick Show that while Rudy worked his ass off to secure a roster spot, he worked “no harder than anyone else.”

When news broke in 2011 about Rudy’s securities fraud pump-and-dump scheme, I intentionally scoffed and dismissed the news like a military father hearing his son wants to go to culinary school.

This was a misguided defense mechanism used to re-enforce my longstanding belief of Rudy as an American icon, because sometimes preserving the lie is more important to the betterment of society than uncovering the truth. 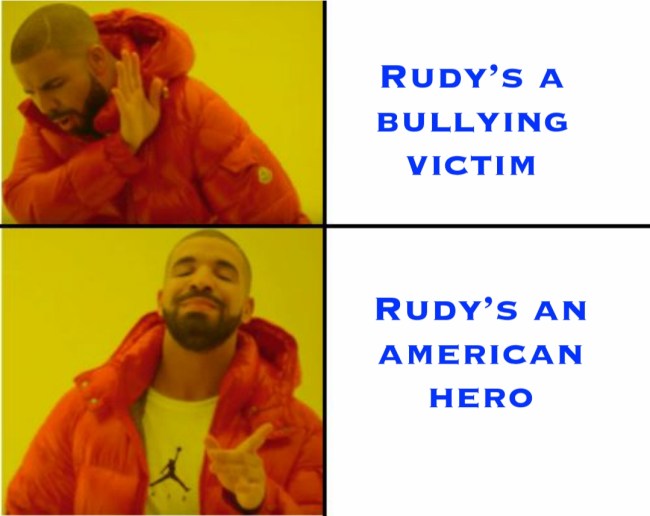 Me watching the final scene in Rudy knowing Montana wouldn’t let the poor bastard into his kegger that night.

“Ruuudy, Ruuudy,” I chant softly while starting down the barrel of a shotgun.