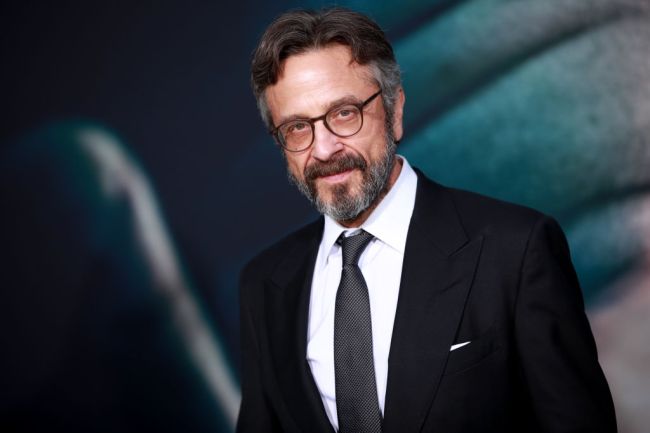 Two of the most influential podcasters in history are engaged in a bitter rift. Marc Maron blasted fellow podcaster Joe Rogan and his $100 million Spotify contract by trashing his interview style. The two comedians-turned-podcasters have a history of ill feelings and feuds.

Both podcasters have interviewed incredibly famous people – Maron has interviewed Sean Penn and former President Barack Obama, and Rogan interviewing Elon Musk and Kanye West. According to Rogan, the two comedians had a wonderful first meeting. After performing stand-up comedy, Rogan came off the stage and was greeted by Maron, who allegedly told him that he has something special and should keep writing comedy. Rogan, 53, said he was in awe because Maron, 57, regularly performed at The Comedy Store in Los Angeles, and worked with comedy legend Sam Kinison.

However, Maron admittedly disliked Rogan because he was a kickboxer.

“I had this problem with guys who were athletically-oriented or had some sort of athletic nature about them before they came into comedy,” Maron said during his WTF podcast episode with Rogan. Maron said that Rogan should stay in his “competitive world” and stay out of comedy. To which Rogan replied, “That’s silly.”

Previously, Rogan said Marc Maron was the first person to “really juice me up.”

Apparently, the two comedians got into a “dispute” at some point and Rogan told Maron, “I gave you so much slack for so long, I was nice to you for so long because you were so nice to me when I started out but you’re such a c*nt.” Rogan claimed that Maron admitted, “You’re right.”

In Maron’s 2020 comedy special End Times Fun, the stand-up comedian poked fun of Rogan for selling supplements on The Joe Rogan Experience, and suggested the podcaster would sell shady “tumeric activated by pepper.”

Maron appeared on the 2 Bears, 1 Cave podcast this week and attacked Rogan once again – this time for his interview style and the $100 million Spotify contract.

Maron joked about comedians who followed Joe Rogan to Austin, Texas. Rogan moved to Texas because of the lockdowns in California, where he wasn’t permitted to perform.

Maron told 2 Bears, 1 Cave host and comedian Tom Segura, who also recently moved from L.A. to Austin, “You’re different. You’re your own guy, you’re your own life, you weren’t one of the guys who rented out space in Joe’s ass.”

Maron made another comment about Rogan’s rectum, “There’s like a human centipede in Austin. It’s Elon Musk, Joe Rogan, and three middle acts.”

“People are going to see that and say, ‘Look at Maron, he’s bitter,’ Maron asked. Maron them asked, “Why wouldn’t I be?” Maron asked rhetorically, and then took a shot at Rogan for his $100 million Spotify contract, “One hundred million dollars for going ‘I don’t know.’ Really? … ‘I don’t know, man.’”

Maron, who was born in Jersey City, also crapped on the city of Austin by calling it the “hipster Alamo” of Texas.

“Look, God bless,” he said. “I’m going to sit here and accept Austin as the next Shangri-La… it’s like the Hipster Alamo.”

The anti-Joe Rogan comments are made at the 57-minute-mark.