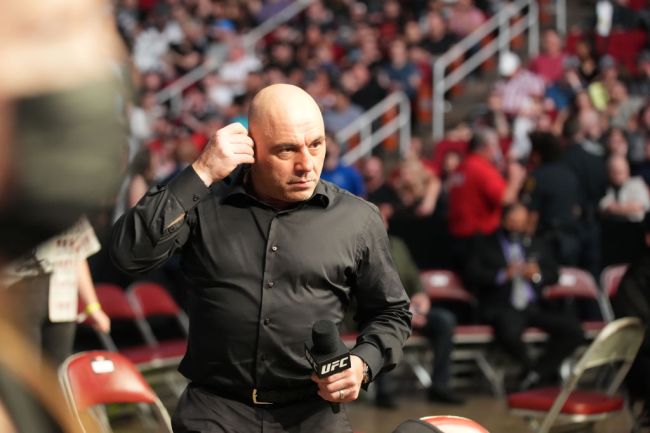 A year ago, reports started circulating that Joe Rogan had signed a contract with Spotify. The deal, which is reportedly worth $100 million, gave Spotify arguably the most popular podcast on the planet since The Joe Rogan Experience has 190 million downloads per month. Despite some early ups and downs, Rogan recently defended his working relationship with Spotify.

RELATED: Joey Diaz Mocks Joe Rogan For Selling Out To Spotify ‘Once You Cash That Big Check You Gotta Watch What You Say’

Rogan has said repeatedly that his relationship with Spotify is a “licensing deal,” and the company won’t have “creative control over the show.”

In a recent episode with comedian Anthony Cumia, Rogan gave more details into his relationship with Spotify, and defended the company by calling them “amazing.”

“And I tested it too, like when I brought Alex Jones on,” Rogan told Cumia. “I was like let’s see. Let’s see. You guys talk a lot of sh*t. Let’s see.”

RELATED: Joe Rogan Fires Back At Critics Who Tried To Get Him Canceled, Spotify Reportedly Defends Alex Jones Episode

In a previous episode with fellow comedian Fahim Anwar, Rogan said much of the same that Spotify was hands-off his successful show.

“They don’t give a f*ck man. They haven’t given me a hard time at all,” Rogan said. “There were a few episodes they didn’t want on their platform, and I was like ‘oOay, I don’t care.’ But other than that, in terms of what I do in the future, the big test was having Alex Jones on.”

It doesn’t appear that Rogan is leaving Spotify any time soon, despite regular attacks to get him deplatformed.