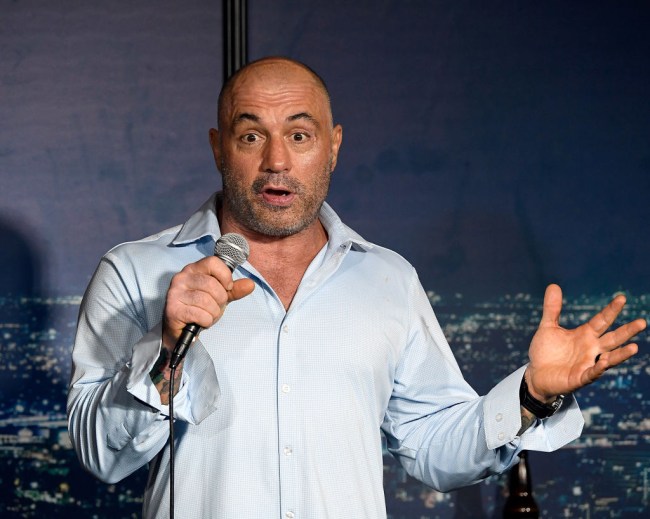 In April, we brought you the extremely interesting videos of Keanu Reeves training with guns for his role as assassin John Wick. The Hollywood actor worked with former Navy SEAL and CIA contractor Shawn Ryan. Now, stand-up comedians Joe Rogan and Tom Segura put down the mics to give this shooting range a shot or two.

Rogan has talked about hunting on The Joe Rogan Experience podcast many times and how he bagged several elks to fill up his freezer with elk meat. But he would try a different type of shooting at the Taran Tactical shooting rage in Simi Valley, California.

The UFC commentator showed off his best pew pew pew.

Rogan talked about John Wick and his experience training with guns at Taran Tactical during a recent episode of The Joe Rogan Experience with comedian Roseanne Barr.

Train by day, Joe Rogan podcast by night! ALL DAY! 🎙 . From @pewdiepie to @joerogan , everyone’s starting to enjoy our shenanigans. Couldn’t be more blessed to have the opportunity to teach the most incredible people in the world the art and skills involved in firearm proficiency 🎥🎬🎭 . #joerogan #jrepodcast #joeroganexperience #keanureeves #johnwick #babayaga #roseannebarr #tti #tarantactical #guns #firearmtraining #shootinglessons

Fellow comedian and podcaster Tom Segura also let the lead fly, and he did pretty well himself. The Your Mom’s House podcast host jokingly declared himself to be “John Thicc.”

Starbucks baristas had better not get Tommy Gunz’s order wrong.

This was so fun today! Thanks to @tarantactical @megants @chrysti_ane for the amazing instruction on something I'm totally new at. Had a blast with @joerogan. #Repost @joerogan ・・・ Shoutout to @tarantactical for teaching Tommy Bunz and I proper shooting technique today. It’s always good to be a beginner at something. I enjoyed the fuck out of it.

But this shooting exhibition was extraordinary.

You might want to think twice about heckling Joe or Tom at one of their stand-up shows.

Got to meet @joerogan and @seguratom at @tarantactical today. Fun day doing drills. Actually got to teach Joe some fundamentals which was cool. #jre