RUMOR: John Krasinski To Cameo As Mr. Fantastic In ‘Doctor Strange In The Multiverse Of Madness’ 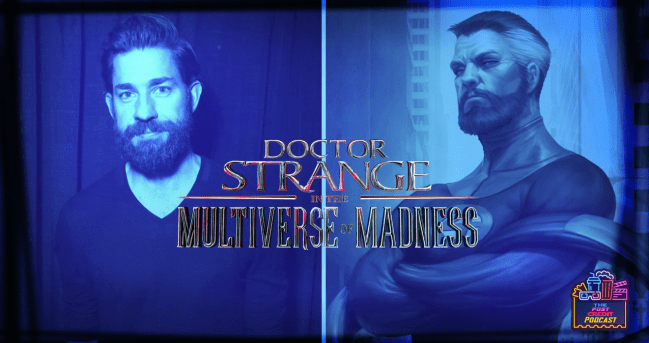 According to a source in the entertainment industry that I’ve spoken to, John Krasinski will be making a “cameo” appearance as Reed Richards/Mr. Fantastic in the upcoming Marvel Cinematic Universe film Doctor Strange in the Multiverse of Madness.

Multiverse of Madness, the sequel to 2016’s Doctor Strange, has long been rumored to feature tons of Marvel cameos, with one of them — Patrick Stewart’s Professor X — being revealed in the trailer that released during the Super Bowl. Some fans have also speculated that Ryan Reynolds’ Deadpool could make his MCU debut in the film.

John Krasinski RUMORED to cameo as Mr. Fantastic in Doctor Strange in the Multiverse of Madness

Now, while I, unfortunately, cannot reveal my source or who they spoke to, I can say that this is partially the same source that previously told us that Johnathan Majors’ Kang the Conqueror would debut in the Disney+ series Loki, which we published about back in December 2020, over six months before the series debuted. This, ultimately — and this is very important — is what makes this a RUMOR and NOT an official report, so keep that in mind. It is also unclear if the rumored cameo appearance will be a one-off in just this film or the beginning of Krasinski’s tenure in the role in the MCU.