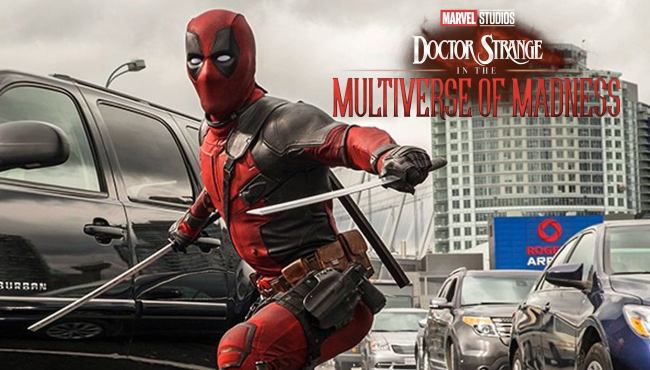 During Sunday’s Super Bowl between the Los Angeles Rams and Cincinnati Bengals, Marvel Studios released the full trailer for Doctor Strange in the Multiverse of Madness, the sequel to 2016’s Doctor Strange.

Given the Marvel Cinematic Universe’s recent pivot towards multiversal storytelling, fans understandably expect the film with “multiverse” literally in the title to be a game-changer. Those expectations were certainly confirmed in this trailer, which seemingly revealed the return of Patrick Stewart as Professor X.

Another popular theory that has sprung up in the wake of the trailer’s release — fans are theorizing his mask can be seen in the official, Easter Egg-filled poster for the film — is that Multiverse of Madness will also mark the MCU debut of Ryan Reynolds’ beloved Deadpool, who has already been confirmed to be making to the jump to the franchise as Deadpool 3 is reportedly in development at Marvel Studios.

Unfortunately for Reynolds — who appears to be as bad of a liar as Andrew Garfield when he was denying that he was in Spider-Man: No Way Home — this rumor now means he’s going to be asked endless questions about it until the film hits theaters on May 6. And if that’s the case, he better beef up his lying skills because his first attempt at bluffing was none too successful.

Ryan Reynolds is a bad liar just look at his face #MultiverseOfMadness pic.twitter.com/baiVBMiZ00

Doctor Strange in the Multiverse of Madness, which was directed by Spider-Man filmmaker Sam Raimi and stars Benedict Cumberbatch, Elizabeth Olsen, Chiwetel Ejiofor, Benedict Wong, Xochitl Gomez, Michael Stuhlbarg, Rachel McAdams, Patrick Stewart — and likely many others — is set to hit theaters in the United States on Friday, May 6.