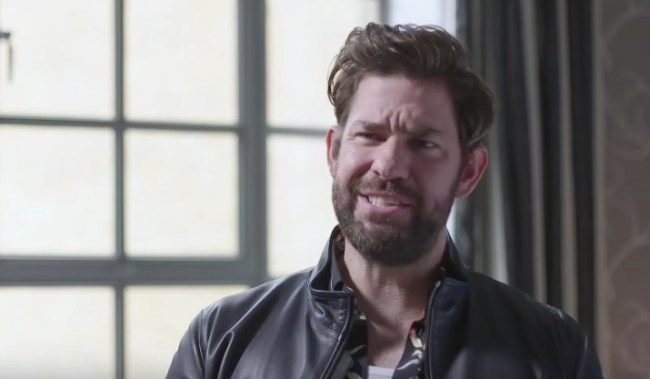 Rumors about a potential reunion of NBC’s The Office have been swirling for about a year with some vigor. It started with rumors that NBC would bring back The Office without any of the original cast and then morphed into an NBC exec talking about potential ways to bring the show back. The best idea I’ve seen thus far is something similar to what the UK version of The Office with Ricky Gervais did, a Christmas special.

Getting back the nucleus of the original cast for some sort of Christmas or Thanksgiving holiday special would actually be right in line with what actor John Krasinski hopes to accomplish with a reunion. Speaking yesterday with Variety on YouTube, John talked about how he wants to do a reunion of The Office just to see what Jim’s up to these days because he really, genuinely needs to know. Jim was on a wayward path towards the finale and after committing over a decade to playing the character, John Krasinkski needs to know what the future had in store for Jim Halpert:

It seems like we’re at a point in Hollywood where John Krasinkski is the biggest actor on the show in terms of other commitments. Steve Carrell’s not nearly as busy as he was a few years ago. Rainn Wilson stays busy but not on the level of the other two. Mindy Kaling isn’t as occupied with her own show as she once was. Honestly, Zach Woods who played ‘Gabe’ and Ellie Kemper who played Erin Hannon are some of the busiest former The Office cast members and they’re not even integral to a reunion. If John Krasinski, the busiest actor on the cast, is ready to sign on and do the reunion then NBC needs to pull this off before people move on.