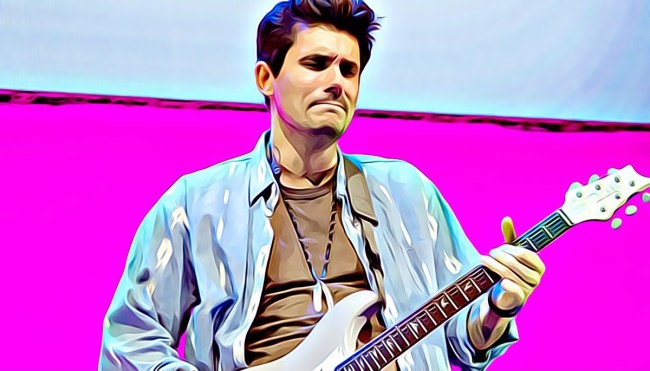 Last week, the fascinating evolution of John Mayer transitioned into yet another stage with the release of Sob Rock. It’s the eighth studio album from the man who was thrust into the pop-rock stratosphere following the release of 2001’s Room For Squares, a debut that marked the start of a fascinating journey that’s unfolded in the 20 years since “No Such Thing” and “Your Body Is A Wonderland” took the world by storm.

In the decade that followed, Mayer would check almost all of the requisite boxes that come with achieving musical superstardom virtually overnight: being hounded by the paparazzi during highly public relationships with Jessica Simpson and Minka Kelly, the abuse of the alcohol he turned to help cope with his newfound fame, and the self-imposed exile he entered following a fateful Playboy interview.

However, he emerged with a vengeance at the start of the 2010s when he embarked on a redemption tour defined by his reinvention into the musician he wanted to be as opposed to the one he was expected to be—one that eventually led to him linking up with members of the Grateful Dead and garnering a reputation as one of the most talented blues guitarists on the planet.

If you’ve been keeping up with what Mayer has been up to in recent years, I don’t have to tell you that he’s also repeatedly proven he’s a pretty hilarious dude who’s more than happy to mock tone-deaf celebrities and the equally alienated billionaire who absconded to a private yacht at the start of the pandemic.

When I decided to give Sob Rock a listen when it dropped on Friday, I didn’t really have high expectations. When you consider I’ve listened to it in its entirety at least a dozen times since then, it’s safe to say it surpassed them to a degree I never anticipated. The record is a love letter to a bygone era of synth-driven songs elevated by Mayer’s superb musicianship and the self-awareness and surprising amount of humor he inserts into every single track.

Sob Rock is an album that was years in the making, as Mayer dropped a couple of songs that ended up making the final cut all the way back in 2018. Last week, Apple Music dropped an in-depth interview he conducted with Zach Lowe where he provided a peek behind the curtain, which was filled with some fascinating revelations.

However, nothing stuck out more than the exchange that starts at the 20:30 mark, where Mayer explains his approach when it came to formulating the musical aesthetic of Sob Rock and the supposedly nonexistent memories it was intended to invoke:

“It might have been something that already happened, but when you go looking, it’s not. The idea of Sob Rock is to implant false memories in your brain. That’s what it did for me. It’s a little Black Mirror. It’s out of my brain, and it’s out of everyone’s shared Mandela Effect, and the question is: can you have memories of things that never happened to you? Can you go back in time and synthesize a piece of work that’s so true to the era, that when you hear it, your brain goes. ‘No, no, no, no, no. This exists. I’m going to find it—and you can’t.”

Nothing illustrates the essence of Sob Rock—or Mayer as a whole—quite like that quote. Mayer kicks off that summation with a coy smile on his face and Lowe can’t help but literally slap his knee while laughing in what appears to be a combination of incredulous disbelief of his explanation and appreciation for what seems to be the genuine earnest with which it’s delivered. It’s an inherent contradiction that defines the enigma that is Sob Rock and the most pressing question it raises: can we trust the assertions of the man behind it?

Mayer is a wildly talented musician who has earned the right to become a musical troll, and Sob Rock is essentially an album aimed at the Very Online crowd hidden under the facade of mainstream appeal (later on in the talk, he admits he originally set out to make an album that would piss off its listeners, saying “It’s called Sob Rock because it’s a shitpost”).

In another interview for Jonah Weiner’s excellent Blackbird Spyplane, he offered more insight into his attempt to channel the sound of the 1980s, saying:

“I had to figure out this genetic tightrope walk, where if it has too much retro-DNA, two things happen: I lose interest, and I don’t believe it. So it was about moving the line back, and it turns out that—dialing back from 100% full asymmetrical-neon-sunglasses ‘80s—you really only need 8% to make people understand the vision. Anything past 8% and people say, ‘Got it, next.’”

There’s no doubt Sob Rock evokes a plethora of instantly recognizable but still unique vibes over its 40-minute runtime, and there is also something to be said about the “shared Mandela Effect” he aimed to evoke. However, it’s hard to take any of his claims at face value when you consider the album is sprinkled with overt allusions to—if not outright photocopies of—songs from the era that inspired it.

Mayer wastes absolutely no time announcing what he’s set out to do by opening the album with “Last Train Home,” whose opening drums pay homage to Toto’s “Rosanna” before giving way to a blatant nod to “Africa.” Halfway through “It Shouldn’t Matter but It Does,” we’re treated to the unmistakable chorus of Tom Petty’s “Free Fallin'”—a song Mayer himself has covered in the past. While I doubt the melody of “New Light” is a purposeful reference to “A Lovely Night” from La La Land (which would be an anachronistic tribute despite the thematic similarities), the same can’t be said about the funked-up version of the drums from “Every Breath You Take” it uses as a foundation.

It’s very hard to believe it’s a coincidence that the guitar that ushers in “Why You No Love Me?” mimics the one that kicks off Air Supply’s “All Out of Love.” It’s also not much of a stretch to suggest the man who’s spent years touring with Dead & Company purposefully channeled Jerry Garcia’s masterful work on “Touch of Grey” with his slick riffs on “Wild Blue” (a song whose lyrics just so happen to contain the line “wild blue on a bed of grey”—a wild blue lining, if you will).

The piano on “Shot in the Dark?” Vintage U2 (“City of Blinding Lights” may have been released far after the Sob Rock Era ended, but the contrast of the titles is hard to ignore). However, he doesn’t stop there, as he also throws in an amalgamation of the hooks from Journey’s “Don’t Stop Believing” and Van Halen’s “Jump.” Does the start of “Til The Right One Comes” sound familiar? It will if you’ve ever listened to Talking Head’s “This Must Be The Place.” Feel the same way about “Carry Me Away?” It’s probably because you’ve also heard The Outfield’s “Your Love” (with a dash of Rick Springfield’s “Jessie’s Girl” for good measure).

In the aforementioned chat with Blackbird Skyplane, Mayer notes the best way to approach Sob Rock is to “pretend someone made a record in 1988 and shelved it and it was just found this year.” However, the sonic journey arguably comes to an end at the cusp of the new millennium with “All I Want Is To Be With You,” a closing track where the former teen idol appropriately apes “I Want It That Way” by the Backstreet Boys in a song whose title is a not-so-subtle allusion to a Hootie & the Blowfish hit.

I cannot stress enough that this examination is not intended to be a knock on Sob Rock, nor am I trying to imply Mayer is guilty of prolific musical plagiarism (it’s worth noting there are also numerous callbacks to songs on Room For Squares, Continuum, and other earlier works I didn’t even mention). If anything, it cements the musician’s status as the troll he admitted he set out to be; it might be a meme-filled shitpost, but it’s one concocted by a lifelong student of music deploying his education with fantastic results.

Sob Rock is the musical equivalent of a quilt made of concert tees; a tapestry that reflects the music Mayer grew up with before being thrust into the spotlight. In a sense, he plays the role of a hip-hop producer combing through a mental crate of old albums and injecting his favorite samples with new life. Its DNA may indeed only consist of the retro 8% he was aiming for, but the claim that some of those genes aren’t carbon copies of the many classic songs he cloned is patently absurd.

Based on how most people looked at Mayer a couple of decades ago, “patently absurd” could also be a good way to describe the very existence of Sob Rock. However, regardless of his true intentions, it’s impossible to deny Mayer knows what he’s doing.