John Mulaney Says His Drinking And Drug Use, He ‘Loved’ Cocaine, Used To Be ‘F***ing Out of Control’ 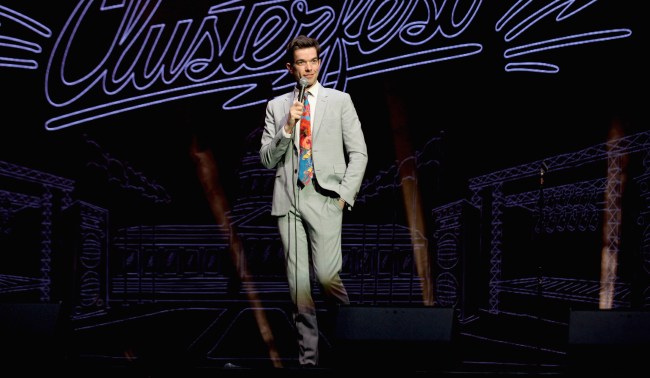 Much of that success stems from the four very popular stand-up specials he’s done for Netflix, the most recent being the Emmy Award-winning Kid Gorgeous at Radio City (the second Emmy he has won).

All of which is pretty amazing considering the stories he told Esquire for their October issue about how bad his alcohol and drug use was before he hit it big.

He began drinking at thirteen — initially, he says, to deal with the awkwardness of adolescence, and then to excess, because “alcohol is addictive,” he says, and he didn’t want to stop. “I drank for attention,” he tells me. “I was really outgoing, and then at twelve, I wasn’t. I didn’t know how to act. And then I was drinking, and I was hilarious again.” Drugs soon followed. “I never liked smoking pot. Then I tried cocaine, and I loved it. I wasn’t a good athlete, so maybe it was some young male thing of This is the physical feat I can do. Three Vicodin and a tequila and I’m still standing. Who’s the athlete now?”

He can pinpoint the day in August 2005 that he finally stopped doing coke, and the day the following month that he gave up alcohol. He was twenty-three. “I went on a bender that weekend that was just, like, fading in and out of a movie,” he says. “It was just crazy. A weekend that was… there were…” He grimaces. “I’m never going to tell you. That’s mine. I didn’t kill anyone or assault anyone. But yeah, I was like, You’re f**king out of control. And I thought to myself, I don’t like this guy anymore. I’m not rooting for him.” He didn’t use a recovery program — he was able to flip a switch, he says — and he’s been sober ever since.

This fall, Mulaney and fellow SNL alum Pete Davidson, who has also had his fair share of mental health issues, and as a result one of Mulaney’s goals is to show Davidson that “you can have a life in comedy that is not insane — a sober, domestic life.”

He knows of what he speaks.

Read the entire October cover story on Mulaney over at Esquire.com.