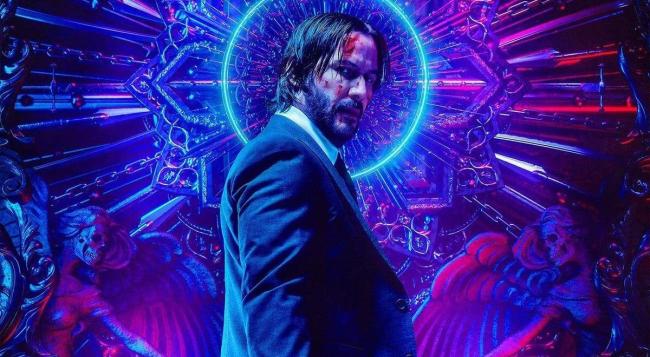 At long last, production on John Wick 4 has wrapped, and with that news came word that the film will reportedly be titled John Wick 4: Hagakure. This title would continue the subtitle trend that began with John Wick 3: Parabellum.

Hagakure is a term from samurai culture, as it is the “practical and spiritual guide for a warrior” that became known as the “definitive guide of the samurai” during the Pacific War. Here’s a summary of Hagakure, via Amazon:

Hagakure (“In the Shadow of Leaves”‘) is a manual for the samurai classes consisting of a series of short anecdotes and reflections that give both insight and instruction in the philosophy and code of behavior that fosters the true spirit of Bushido-the Way of the Warrior. It is not a book of philosophy as most would understand the word: it is a collection of thoughts and sayings recorded over a period of seven years and as such covers a wide variety of subjects, often in no particular sequence.

🚨 According to wrap gifts, #JohnWick4's title will be 'John Wick 4: Hagakure' pic.twitter.com/aqeOfFEnl9

Content surrounding John Wick 4 has been circulating in recent weeks, as it was revealed that Reeves gifted Rolexes to all of the members of the stunt team. Similarly, a video of the 57-year-old Reeves helping the production crew move equipment also went viral.