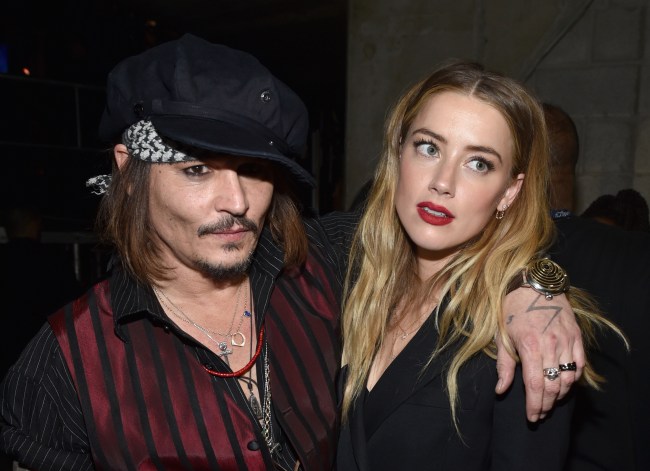 Johnny Depp’s alleged physical and psychological abuse against former wife Amber Heard has been public knowledge for years, dating back to their divorce in May of 2016 when Heard subsequently got a restraining order against Depp.

Grisly details of the volatile marriage, details of which have previously not been made public due to the pair’s strict confidentiality agreement as part of their 2016 divorce settlement, have recently been exposed after Johnny Depp filed a $50 million lawsuit against Heard after she wrote an article for the Washington Post elaborating on the backlash she received after speaking out against domestic abuse.

The Pirates of the Caribbean actor dismissed the allegations against him as an “elborate hoax” employed only to further Heard’s career.

If that’s the case, Heard has a dark, very detailed imagination and a limitless propensity to ruin Depp’s existence.

In Heard’s filing, obtained by Page Six, the 32-year-old Aquaman star recalls multiple occasions in which her drug and booze-filled former husband hit her, ripped out her hair, threw full bottles of alochol at her, choked and nearly suffocated her, the list goes on. She claims Depp became violent “about a year into our relationship.”

“About a year into our relationship, I began to witness Johnny abusing drugs and alcohol … On some occasions, when Johnny simultaneously used both illegal narcotics and prescription medications I have had to get him medical attention. Whenever he was using, I worried for both of us. He would become a totally different person, often delusional and violent.

“We called that version of Johnny, ‘the Monster’.

Heard recalls an incident on a morning in May of 2014 in which Depp boarded a private jet from Boston to Los Angeles hammered and clutching a bottle of champagne. Heard had just completed an intimate scene with James Franco for the film The Adderall Diaries, and Depp was harboring some deep-seeded jealousy.

“On the flight, Johnny ordered the flight attendants to give him an oxygen tank, and drank heavily. Johnny’s handlers told me that he was upset that I was filming a movie with a romantic scene with James Franco the day before. Soon, Johnny began to throw objects at me. Instead of reacting to his behavior, I simply moved seats. That didn’t stop him. He provocatively pushed a chair at me as I walked by, yelled at me, and taunted me by yelling out the name ‘James Franco.’

“At some point, I stood up, and Johnny kicked me in the back, causing me to fall over. Johnny threw his boot at me while I was on the ground. Johnny continued to scream obscenities until he went into the plane bathroom and passed out locked in the bathroom for the remainder of the flight..”

The days following the eruptive encounters of this nature, Depp would often forget what he had done, and when reminded, feel remorse and shame.

He allegedly apologized in a text message, writing, “Once again, I find myself in a place of shame and regret. Of course, I am sorry. I really don’t know why or what happened. But I will never do it again.”

Depp’s assistant Stephen Deuters also messaged her, saying Johnny “was appalled. When I told him he kicked you, he cried.” Deuters adds, “He’s a little lost boy. And needs all the help he can get.”

Court filings detail several instances of chaotic rage by Depp, none more egregious than when he allegedly indulged in a three-day MDMA/ecstasy bender in Australia. After reportedly pushing, slapping and shoving Heard, the actress barricaded herself in a room for the entire night.

“I went downstairs to find that Johnny was still awake, and that he had stayed up all night, having taken about eight MDMA pills. He was also drinking again. We got into a fight that Johnny made physical, and I barricaded myself in one of the rooms. That didn’t stop Johnny from busting through the door of the room I was in.”

Head over to Page Six to read about the mayhem that allegedly occurred thereafter.