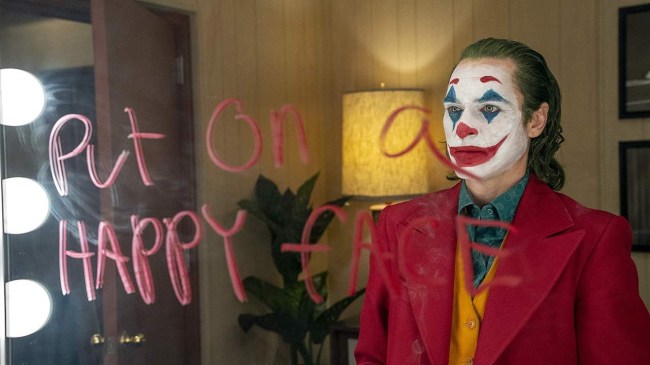 Joker has solidified itself as the eighth-biggest R-rated grosser in raw global earnings ever, pulling in over $600 million worldwide and becoming Warner Bros. biggest grosser of the year.

There are many passionate critiques of the Todd Phillips drama floating around in the internet abyss, but I’ve yet to see one derogatory opinion about the performance of Joaquin Phoenix, who is objectively brilliant, start to finish.

Josh Pais, who plays the boss of Phoenix’s character in the movie, recently sat down with The Hollywood Reporter to discuss the one rule the lead actor had before the cameras even began rolling.

I had a meeting with Todd. He said, “I loved your tape. I just want to make sure that you’re not an asshole because one person on set can really ruin the whole vibe of the thing.” Joaquin told Todd, “I don’t care who you cast, just make sure everybody is a really good actor — and no assholes.” So, I guess I passed the test. That makes it official, right?

Pais, who also had roles in Rounders, Scream 3, Ray Donovan, described the extremely concentrated, no bullshit temperament of every member of the cast during shooting.

I worked three days. The level of concentration, the level that we all knew Joaquin was going to bring to this created such a focused set. I felt like I had to bring my A-game, and everybody on the crew felt the same. There was very little extraneous work going on. Very often between a take, the sandwiches come out, and everybody starts chitchatting. And then, X amount of time tends to happen before it’s like, “Oh wait, let’s get back to shooting.” That was not happening on this. It was extremely focused, and it was a high level of concentration on everybody’s part. Everybody was bringing it.

Ironically, this perpetual professionalism contrasted with the temperature on the set of The Dark Knight, with Heath Ledger playing the Joker. In a March 2019 interview with Collider, Michael Jai White, who plays a mob member in the movie, described how gracious and light-hearted Ledger was in between shoots.

I guess there’s more than one way to skin a cat.