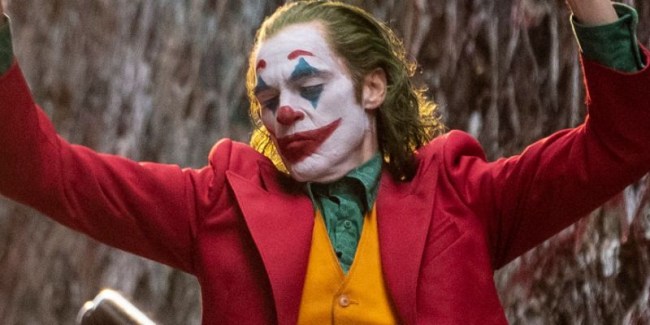 With just a little over a month until its official wide release, it’s beginning to feel more and more like Joker is truly going to be unlike comic book movie we’ve ever seen before

Made for just $55 million — which is a fraction of the cost of the average superhero flick — Joker will be taking a ground-level, gritty look at how a character as complex and patently insane as the Joker can even come to be.

However, while we’ve largely been promised that Joker will be the antithesis of the standard comic book film, director Todd Phillips seems to be leaning in the other direction already.

Despite the fact that the first film has yet to even premiere, Phillips — who is known for directing movies such as The Hangover and War Dogs –is already talking about a potential part two.

In an interview with TotalFilm, Phillips said he’s definitely game for a sequel if Phoenix is:

“One thing I will tell you: I would do anything with Joaquin Phoenix, any day of the week. There’s nobody like him. If he was willing to do it, and if people show up to this movie, and Warners came to us and said, ‘You know what? If you guys could think of something…’ Well, I have a feeling that he and I could think of something pretty cool.”

While Phillips has been batting .1000 when it comes to his pre-release soundbites about the film, this quote certainly concerns me, as one would hope Joker would be concise enough that a sequel isn’t possible.

After all, the whole point of Joker is to provide an alternative to the sequel-heavy, franchise-building focused comic book movies we’ve become so accustomed to. Plus, you can get away with one Joker movie without Batman… but two? Not so sure how that’d play — the ying needs its yang.

That said, money talks, and if Joker is financially viable (which it certainly will be with its ankle-sized $55 million budget) in addition to being critically acclaimed, then Warner Bros. will definitely greenlight a sequel.

‘Joker’ will be released in theaters in the United States on Friday, October 4.