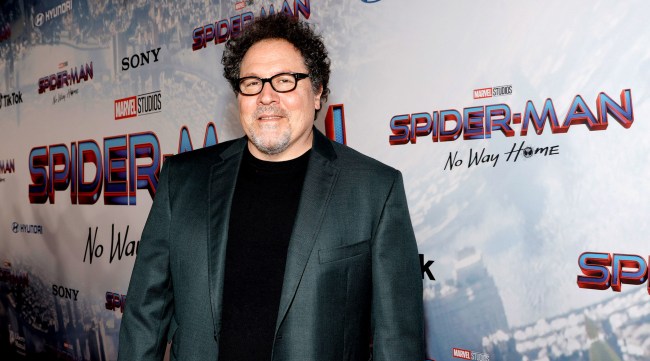 Other than Samuel L. Jackson, Jon Favreau is the only actor in the Marvel Cinematic Universe to have appeared in the very first movie, 2008’s Iron Man, that is still active in the film franchise.

That almost wasn’t the case though.

Viewers of that film will recall that Favreau’s character was critically injured in a terrorist attack by the Mandarin and ends up in a coma.

This past week while on the red carpet at the Spider-Man: No Way Home premiere in Los Angeles, Favreau and Marvel Studios head Kevin Feige explained what almost happened with Happy.

“How long’s it been? It’s been since like 2006 or something like that? If I was better at math I’d tell you how long that was,” joked Favreau. “But it’s been a wonderful collaboration and friendship. It’s so great to be part of the Spider-Man trilogy now, I guess? As well as all of the Avengers movies.”

“The MCU would, I’ve said this many times, would not be what it is without Mr. Favreau, at all,” said Feige. “Obviously Iron Man, obviously everything there, but staying the heart and soul of Happy Hogan is what’s really amazing. In Iron Man 3, there was a little difference in the script than the final movie, which was Happy died. And Jon had a note, that is one of the most important notes he gave us at Marvel, which was, ‘What if Happy was severely injured but did not die?'”

“He’s not lying! It’s true, it’s true!” Favreau responded. “And they accommodated it, and I’m so happy I’ve been a part of this and being able to be there with Tom Holland since the beginning. He’s such a pleasure to work with and par of this franchise, and [Spider-Man director] Jon Watts, who is incredibly talented.

“It’s just fun to continue this relationship because it is a big part of my life, and these people are people who are friends and also people I work with so it’s so fun to come here now. It’s such a different feeling too, because now it feels like a reunion.”

While Happy Hogan isn’t an integral part of the Marvel Cinematic Universe, he has certainly become a fun part of it. He’s almost like the new Stan Lee in that we really never know where he’s going to pop up next, or why. It’s been a pretty cool run for a guy with no superpowers to have survived having to deal with villains like Whiplash, Aldrich Killian, Vulture, Mysterio, and Thanos.

Check out the rest of the interview with Favreau and Feige below.