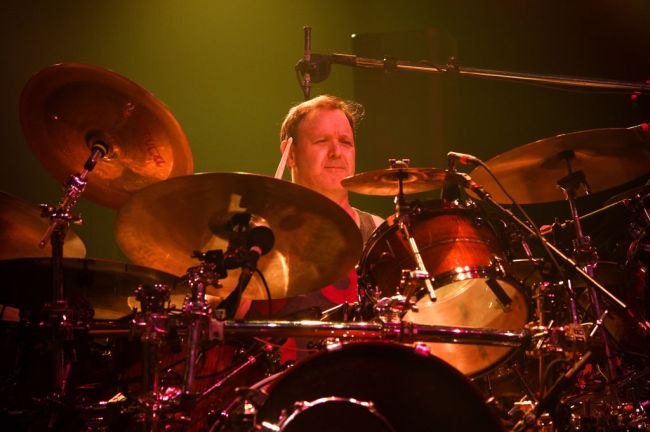 What does the world of Phish and literary icon Kurt Vonnegut have in common?

Absurdism. A fundamental belief that nothing has to make sense or have some higher meaning to be enjoyed. Bug… it doesn’t matter, c’est la vie, and so it goes.

We’re talking about swimming in this real thing called life. Being decent to each other. Laughing at the silliness of it all. Smiling every now and then. Meeting people with grace.

In the words of Vonnegut himself: “You meet saints everywhere. They can be anywhere. They are people behaving decently in an indecent society.”

If you want to get all liberal artsy about it, you could call the world of Phish and Vonnegut absurdist humanism. Or humanist absurdism? I don’t know. I’m not an academic. I have a bachelor’s degree from a state school and blog on the Internet for a living. Sometimes, however, when I go to Phish shows I like to joke that I’m off to my secular humanism live music ritual again. Really feels like that sometimes.

I will say, however, that I’ve read enough Vonnegut and been to enough Phish shows to know that both the writing of Vonnegut and the music of Phish, as playful and nonsensical as it can be, are ultimately a celebration of decency and kindness, with a nod to life’s fleeting, ephemeral nature. Both champion the good of the human spirit in a world gone mad, how we’re all just trying to get by in a cold universe that gives zero shits about crushing us into smithereens.

In July 2021, Phish drummer Jon Fishman visited the Kurt Vonnegut Museum & Library during the band’s three-night run at Ruoff Music Center, aka Deer Creek. He posed infront of Vonnegut’s famous “butthole picture”, used as an illustration in the novel Breakfast of Champions. Here’s a link to a post about it on Reddit.

Earlier this past June, Phish returned to the cornfields of Noblesville, just outside Vonnegut’s hometown. This time Fishman joined The Vonnecast, a podcast produced by the Kurt Vonnegut Museum & Library in Indianapolis. According to the description, The Vonnecast “explores the ways Vonnegut’s legacy has shaped the lives of others and continues to make souls grow.”

Our great and fearless Vonnecasters, Sam and Chris, interviewed Jon Fishman of @phish this past weekend! (episode will air 6/11)

In the episode, Fishman talks about how the novel Cat’s Cradle shattered his worldview as a teenager, along with the time he met Vonnegut in person via his Phish-fan grandson.

He also discusses how Vonnegut once made the album art for an unmade Phish album. It stemmed from a project for the Rock ‘N Roll Hall of Fame. The fictional album was called Hook, Line, and Sinker.

Fishman continues with a story about the time in 2002 he played vacuum on stage with the author while he read Chaucer’s The Canterbury Tales.

Vonnegut and Fishman traded fours on a snowy night in New England. You can watch a video of the wild performance on Vimeo.

If you’re a fan of Phish or Vonnegut, the whole The Vonnecast podcast is highly worth the listen in its entirety.

Towards the end of the conversation, the host asks Fishman about his favorite Vonnegut quote. He rattles off a pretty commonplace answer for that particular question: “And so it goes” from Slaughterhouse-Five.

But before the interview ends, Fishman is asked if he has a message for “the citizens of earth.” He revisits the question with a sanguine perspective:

Actually, I would say ‘Damnit, be kind.’

“I’ll just stick with this final thing. At the time when I met him, what was going on with me personally was that I was having a little difficulty dealing with fame. Phish was starting to really get well-known. It’s not like Rolling Stones fame… But it doesn’t matter. It’s all scale.”

“I just think the human psyche wasn’t totally made to be idolized,” Fishman adds. “We’re like herd animals.”

The interviewer offers, “By 1999, when you guys had like 50,000 people hanging outside Deer Creek” explaining that his mother was terrified of dropping him off at a Phish show in those years. (Author’s note: Been there)

“People who know us really know us. People who don’t, really don’t. So, as far as fame goes, it’s this perfect balance. For the most part, I live a pretty normal life. When people find out, they’ll go ‘Oh, I’ve heard of Phish.’ And then they might Google it and they might get a little weird after that.”

“It’s still pretty outside most people’s radar. Some people are really into it and that’s great.”

“But I hadn’t set a lot of boundaries around it. A lot of people were showing up at the hotel, asking for autographs. You’d come out to the bus and people were asking you to sign stuff. At first, I didn’t know how to deal with that. I still don’t sign autographs outside hotels. It’s almost like people waiting outside your house in a way when you’re on the road as much as we have been.”

“But I was in a place where I was struggling where to set boundaries. It was just all going along. Suddenly, there’s all this energy coming at you and people asking stuff at you. You didn’t want to say no to anything but you didn’t want to come off as an asshole.”

Jon Fishman on how Kurt Vonnegut helped him deal with fame

A couple of years ago, in an interview with Inside Out with Turner & Seth, Fishman said he was “an asshole for a year” as a reaction to the band’s growing fame and rabid fanbase.

On The Vonnecast, Fishman elaborated on how meeting the legendary author helped him snap out of this.

“And, you know, Vonnegut is so much more famous than me. Is so much more physically recognizable, a very unique kind of presence, visually. He was a tall guy.”

“I felt like he was so kind to me. Was so gracious. Above and beyond what I would have ever expected. I really came away from that going ‘You know what, if he can manage his level of fame and actually live up to that sentence – ‘Damnit, be kind.'”

“I know he was a curmudgeonly guy. I know enough about him from family and reading about him. He didn’t really suffer fools well? But he did. He really dealt with it with a level of grace.”

“If he can do that, then I can too. I can manage to just not be an asshole and give people my time, give people my energy. I can have a boundary around that. But there’s a kind way to be to people in general. No matter how unreasonable they might be being.”

“And I’ve witnessed people being unreasonable towards him. Really unreasonable. And he was so f*cking nice. I knew, internally, he was fatigued. But the way that he treated me. I think he really lived up to that statement.”

“I think that’s my favorite quote.”

Listen to the full podcast below or via the Apple Podcasts.