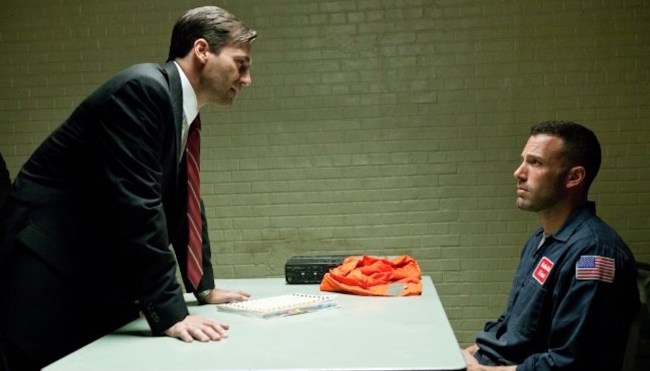 Have you ever met someone who doesn’t like The Town, Ben Affleck’s 2010 film about a bank-robbing crew from the backstreets of Boston? I’m genuinely not sure I have. Doesn’t matter what age group they fall under: whether they’re boomers like my 60-something-year-old parents, a millennial like myself, or even Gen Z — odds are if you’ve seen The Town, you love it.

Perhaps the most obvious evidence of how beloved The Town is within pop culture is its staying power, as the film is now already 12 years old. Still, despite this, whenever the film pops up on Netflix, it camps out on its Top 10 most-watched films. Whenever you ask someone what their favorite Ben Affleck movie is, there’s a decent chance they’ll say The Town. Recite quotes like “Who’s car we takin’? and “Lemme ask you somethin’ – how the f–k do you think you are?” and 99% of film fans will know what you’re referencing.

Due to this decade-plus-long affinity that I and many other movie-goers have with The Town, I simply had to ask Jon Hamm — who starred as FBI Special Agent Adam Frawley, Affleck’s main antagonist in the film — why he thinks the movie, which was made for just $37 million, has created such an enduring legacy.

Jon Hamm on what makes 'The Town' so special 🎙️#TopGunMaverick pic.twitter.com/XWTH3eF8eC

“Ben [Affleck] did a very, very smart thing when he decided to take on that project. He’s a phenomenal director. I think the proof’s in the pudding for that: that was his second feature. I happened to see his first feature, Gone Baby Gone, at a film festival and I was blown away. When it was presented to me as, ‘Well, this is gonna happen,’ I thought Ben is the perfect guy to do it,” Hamm told BroBible’s Post-Credit Podcast.

“Not only is he literally the patron saint of Boston, but he’s also perfectly cast in the role. But he also hired tremendous craftspeople to make that movie, from our stunt coordinators to our director of photography to our costumers to our assistant directors, second-unit directors, editors: we had the top-notch, top-tier craftspeople working on that film. And it’s all right there on screen. He decided to make kind of a throwback 1970s-style action thriller and it’s just great,” Hamm said.

The 51-year-old Emmy-winning actor then went on to detail how much he enjoyed the experience of working with the rest of the wildly talented crew, while also squeezing in a quick shot to Boston sports:

“I had so much fun making that movie, got to know Jeremy Renner really well on that film, we’ve made a couple of things since then. And Rebecca Hall. Ben, obviously. So many folks on that film. Got to work with the late, great Pete Postlethwaite. It was a real pleasure, it was a real fun experience getting to know Boston — I had never spent much time there. I have since made two or three other films in Boston, and I love it there. The sports teams, I could do without. I’m sure I’m going to get dragged for that, but whatever, that’s how it goes.”

Hamm can next be seen alongside Tom Cruise in the long-awaited film Top Gun: Maverick, which finally hits theaters in the United States on May 27.

In addition to Cruise and Hamm, Top Gun: Maverick stars Miles Teller, Jennifer Connelly, Glen Powell, Lewis Pullman, Ed Harris, and Val Kilmer. Make sure to keep your eye out for our full interview with Jon, which will drop closer to the release of the film.