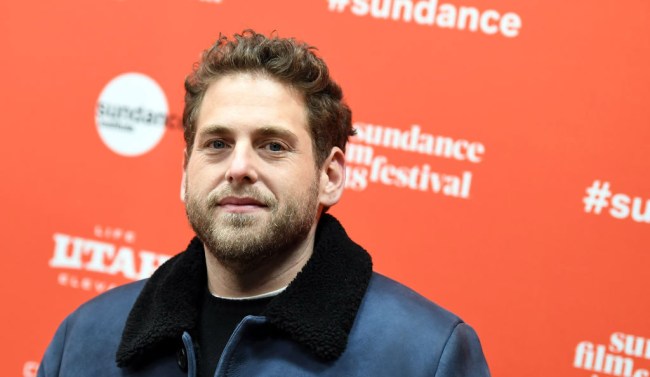 Jonah Hill is at it again. This time he looks almost unrecognizable with long blond hair and a beard for his upcoming movie for Amazon Studios called Don’t Worry, He Won’t Get Far On Foot.

The last time we saw Hill he was putting in some work at a boxing gym trying to keep things tight after dropping a bunch of weight.

Prior to that, Hill also looked damn near unrecognizable rocking some funky braids and a bunch of tattoos for the Netflix show Maniac with everyone on the internet comparing him to Post Malone.

Apparently, when Hill works for one of the streaming services, Amazon, Netflix, he is required to completely alter his appearance. Or at least it seems that way, because…

We've got a teaser trailer, a poster and a world premiere at @sundancefest this Friday. It's been a good week so far.#DWHWGFOF arrives in theaters May 11. pic.twitter.com/kbdbSxa91R

Holy crap, I had no idea that was u w the beard. Wow.

1. This looks awesome 2. @JonahHill you look like an Allman brother, which is a compliment by the way, can’t wait to check this out!

What did you do with Jonah Hill? Next he will be playing a jockey

The females of the species definitely seem to be big fans of Hill’s new look in the movie.

I have no idea what this upcoming Jonah Hill movie is, but if he’s looking like this, I’m about it. pic.twitter.com/auoOUwzCmI

I'm finding Jonah Hill attractive in Don't Worry, He Won't Get Far on Foot and it's fucking me up

Sorry to break the news to you, ladies, but apparently, at least for now, he’s taken…

Jonah Hill packs on the PDA with his girlfriend in Mexico https://t.co/7XQy3NZtOQ

In addition to Hill, Don’t Worry, He Won’t Get Far on Foot, which is based upon the memoir of the same name by John Callahan, also stars Joaquin Phoenix, Rooney Mara and Jack Black. Gus Van Sant wrote the screen adaptation and directed the film.

Here’s the synopsis: On the rocky path to sobriety after a life-changing accident, John Callahan discovers the healing power of art, willing his injured hands into drawing hilarious, often controversial cartoons, which bring him a new lease on life.

Don’t Worry, He Won’t Get Far on Foot is scheduled to be released by Amazon Studios on May 11, 2018.