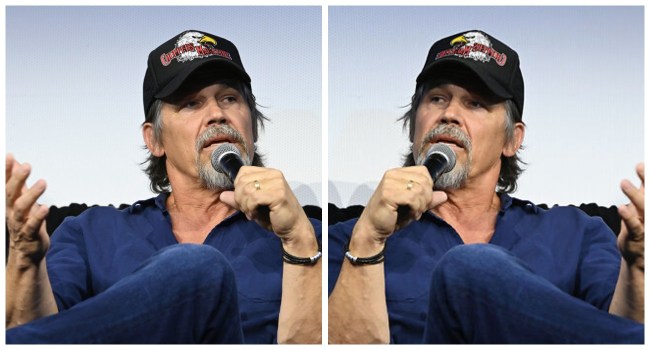 Despite starring as the primary antagonist in two of the highest-grossing films ever made, you could argue that Josh Brolin is one of the most underrated actors of his generation.

What’s incredible about Brolin’s career, though, is that despite the fact that he’s the villanous face at the center of two massive Avengers films, that’s rarely the role that people most associate him with as he’s starred in beloved films such as No Country For Old Men, American Gangster, True Grit, Sicario, and many, many, more.

I was actually hoping to interview Brolin ahead of the debut of Outer Range, his new series on Prime Video. While it ultimately didn’t work out, he remains near the top of my list of actors I’d love to interview because he not only boasts an epic career, but he just seems like an awesome *dude* who simply *gets it*. One look at his wildly wholesome Instagram account should tell you that.

Brolin is such an awesome guy, in fact, that instead of storming off set when Jeremy Renner ditched a recent actor-on-actor interview that was scheduled for the pair, Brolin stuck around to clown around, hilarously choosing to interview himself as an alternative.

Jeremy Renner was supposed to interview Josh Brolin for a Variety piece but he no-showed last minute so Variety asked Josh Brolin to interview himself and the result is incredible pic.twitter.com/6b92gqilkZ

So, Josh — or, much more likely, Josh’s people — get back to me on that interview because this dude is clearly a blast to chat with. You can check out Brolin’s full 12-minute-long interview with, uh, himself below:

As for when you can next see Brolin, the first season of Outer Range — which premiered back in April — is streaming on Prime Video. He’s also set to star in the comedy film Brothers alongside Peter Dinklage, Brendan Fraser, and Glenn Close.