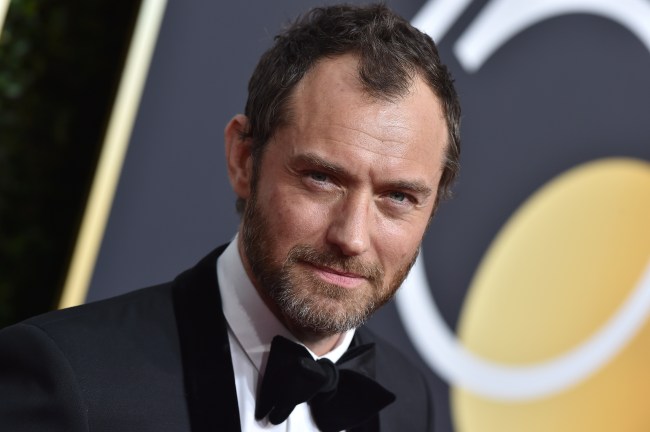 Earlier this week, Captain Marvel star Brie Larson tweeted at EW ‘Hey EW, I’m bored. Wanna break the Internet tomorrow?’ What followed was disappointing to say the least. The latest news from EW is a lot better. Thanks to some comments by Jude Law we’ve learned more about the forthcoming film than ever before.

I supposed there are some minor spoilers ahead because we’re learning about new characters. So if you want to go into the film completely surprised just be mindful of that, and question why you clicked on this article in the first place to learn about characters.

Savvy internet readers know that EW doesn’t release trailers, they’re basically a magazine. Film studios come to them when they want to release film’s first images and EW gets to slap their logo all over the picture.

I didn’t expect a trailer from Brie Larson wanting to ‘break the Internet’ but I expected more than two lame ass photos of a costume we’d already seen before on Twitter or Reddit. It was nothing more than a staged PR event to get people talking about the film when they could’ve released some set images and more info about the film. Instead, it was all disappointing.

Flash forward to yesterday and EW released a few more pictures of the film which include images of Brie Larson and Jude Law, and they’ve also got some snippets from Jude Law about his character in the film. This look at who Jude Law will be playing is the most information we’ve received about Captain Marvel to date AND they didn’t even release the character’s name.

The article starts out talking about how Jude Law received guidance on the character from Robert Downey Jr:

“I don’t know that he ever gave me any advice, but he obviously had a great time making these,” Law says. “He talked a little bit about how [making a Marvel movie is like] fitting this one piece into a bigger picture that someone else has got their eyes on, and giving yourself over to that. It’s not about trying to understand everything. Just do your piece.” (via)

Speaking with EW, Jude Law also revealed some behind-the-scenes information about how he finally got lured into the Marvel Studios machine. As Law tells it, one piece of helpful advice he got came from the godfather of the MCU himself, Robert Downey Jr.! pic.twitter.com/P9IoFrHD4J

The two actors were friends from working on the two Sherlock Holmes films so it’s cool to see their career paths intertwining once again.

As for who Jude Law will be playing in Captain Marvel here’s what we know so far, based on the EW article:

And Law is a key piece of Captain Marvel. Anna Boden and Ryan Fleck’s superhero epic centers on Carol Danvers (Brie Larson), a human pilot with alien Kree DNA. When the film begins, Carol is living on the Kree planet of Hala, and she’s a part of the specialized military team known as Starforce — essentially the Seal Team Six of space.

Its members include Carol, Djimon Hounsou’s Korath (returning from Guardians of the Galaxy), and Gemma Chan’s sniper Minn-Erva. Law’s character is the leader of the group (the filmmakers declined to reveal his name), and he’s Kree to the core.

“He is driven by a belief in the divine leadership of the Kree people,” Law says. “So he’s almost a devout warrior — unquestioning, conservative, but inspirational.” (via)

i'm suing Marvel Studios for not putting Jude Law in a weird alien costume. THIS. IS. A T-SHIRT. pic.twitter.com/Tt2ESScSD6

So he’s the leader of this Seal Team Six of outer space led by the Kree. Within the MCU, we already know Ronan the Destroyer as Kree from Guardians of the Galaxy and that character will be making a return in Captain Marvel based on this article.

This last snippet provides a deeper understanding of how Brie Larson and Jude Law’s relationship on screen might manifest itself.

But of all the Starforce members, Law’s character is particularly close to Carol, whom he views as a mentee and pet project. “These extraordinary powers she has, he sees them as something of a blessing and something that she has to learn how to control,” Law says. “That’s a motif throughout the piece, the element of learning to control one’s emotions and to use your powers wisely.”

“There’s a lot and back and forth that comes with the two of them, which kind of creates a little bit of tension with the rest of Starforce,” Larson adds. “Like, ‘Why do they have a special relationship, and why isn’t it me?’” (via)

Why does any of this matter? Why are we so fucking hyped for the Captain Marvel film about a character who hasn’t even been introduced into the MCU yet? You already know the answer to that.

She’s the one who can defeat Thanos and reset the world as it was or at least something like that. Captain Marvel is the one who is going to fix everything after half the universe was wiped out in Infinity War.

For more on Jude Law’s character, you can follow those links above to read the full article on EW!