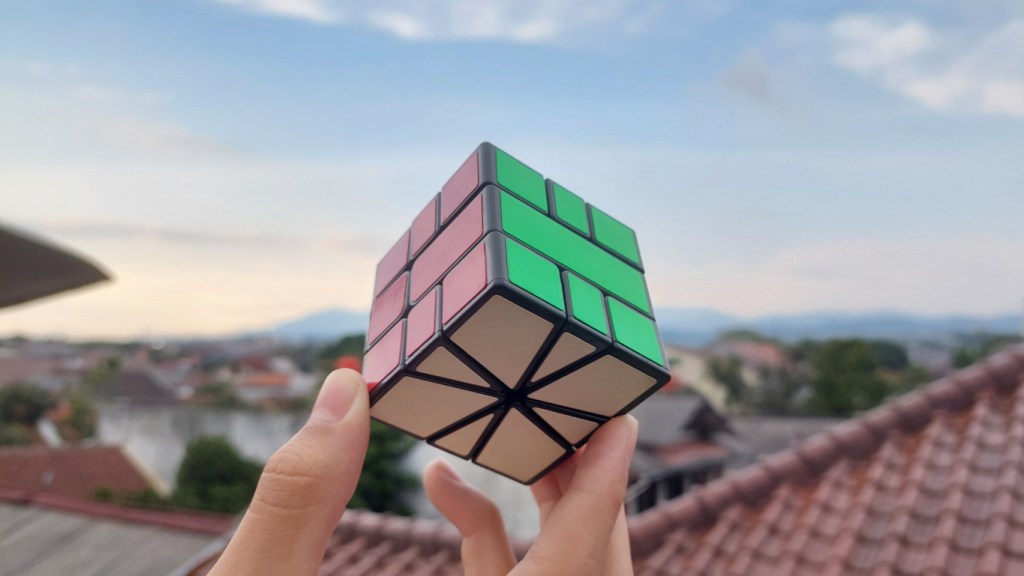 Angel Alvarado of Colombia just set a new Guinness World Record when he solved three Rubik’s cubes while juggling them and solving them at the same time. The video below is one of the most impressive world record achievements we’ve ever seen.

Most people cannot even solve a single Rubik’s cube with an unlimited amount of time. And most people, myself included, are incapable of juggling. He managed to do both at the same time AND set an outrageous new world record in the process.

The hand-eye coordination and mental processing power involved in a record-setting attempt like this is something most people cannot even process. He’s juggling and solving the three cube puzzles simultaneously and doing so without dropping them.

The previous record was 4 minutes and 52 seconds, which Alvarado set a year prior.

I honestly don’t know what sort of real-world skills a talent like this would translate well to because I’m having trouble processing what he was doing there. There has been a Rubik’s cube sitting on a table in my house for about 18 months. I bought one in January 2021 with plans of learning how to solve them. Instead, I got frustrated and moved on with my life.

Maybe he’d be great at some sort of pilot? The problem-solving and mental processing power + hand-eye coordination has to surely provide some sort of benefit in a complicated cockpit, right? I say this as someone who has spent less than an hour inside of any cockpit in my entire lifetime.

When, Where, and How This Record Took Place

According to GWR, Angel tirelessly trained for two full years before setting his first world record back in 2021. Due to local health restrictions at the time, he was able to find lots of extra time at home to train.

He told GWR it took him about five months to figure out how to solve a single Rubik’s cube while juggling. After that, he just needed to add more cubes into the rotation and then he was able to teach himself how to solve all three simultaneously.

The very first time this record was set was back in 2017 when Que Jianyu of China solved three Rubik’s cubes while juggling. Jianyu was just 13-years-old at the time and he solved all three while juggling in 5 minutes, 6.61 seconds in a broadcast on Chinese TV.

Jianyu then broke his own record by 4-seconds a year later in another TV event. Flash forward four years and Angel Alvarado crushed Jianyu’s record by 30 seconds.