Boat On Jungle Cruise Ride Sinks At Disney World, Here Is A Video With ‘Titanic’ Music 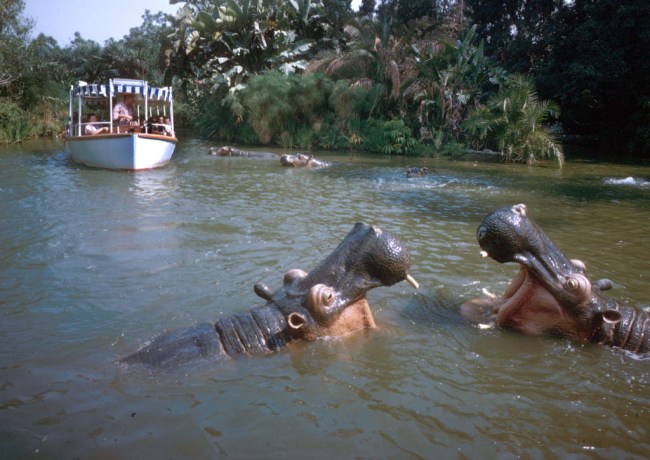 Disney World is known as “The Most Magical Place on Earth.” But on Thursday, it became “The Most Likely Place For Your Ride To Sink On Earth” after the iconic Jungle Cruise ride at Disney World sank with theme park goers onboard. What an immersive experience.

Around 2:30 pm on Thursday, the Jungle Cruise ride at Disney World started sinking. One person on the ride said the boat “went from floating to sunk in about a minute.” It was a small miracle that none of the passengers were injured by those animatronic hippos.

— Y Have Feet Fetish When U Could Have Yeet Fetish? (@nahtanoJcimsoC) February 27, 2020

Water started flushing into the once seaworthy vessel and passengers attempted to find higher ground. How many families from Wisconsin on their first trip to Disney World thought that the sinking of the ship was part of the ride and just went with it as the boat filled with water?

Go to Disney world they said, go on jungle cruise they said. 🌈 pic.twitter.com/CNyMAr2f4Q

To be fair, a sinking ship on the Jungle Cruise ride is way more realistic than any ride with moving seats, fog machines, and VR headsets.

Emergency crews from the Reedy Creek Fire Department responded to the scene. Disney said that all of the passengers were able to evacuate from the boat safely within 20 minutes, just got a little wet in doing so. Remember, the skipper of the Jungle Cruise gets paid for the number of people they take out… not the number they bring back.

Thankfully, someone did the right thing and put the sinking Jungle Cruise boat to the Titanic music.

one of the boats on the jungle cruise ride in walt disney world was sinking & someone recorded it & added the TITANIC SONG “my heart will go on”😂pic.twitter.com/mnslH2TVsk

The Jungle Cruise first opened in 1971, and the ride in Adventureland takes riders “on a scenic and comedic boat tour of exotic rivers across Asia, Africa, and South America.” In July, Disney will be releasing a movie titled Jungle Cruise based on the theme park ride that will star Dwayne “The Rock” Johnson and Emily Blunt. This is some kind of guerilla marketing for the movie.