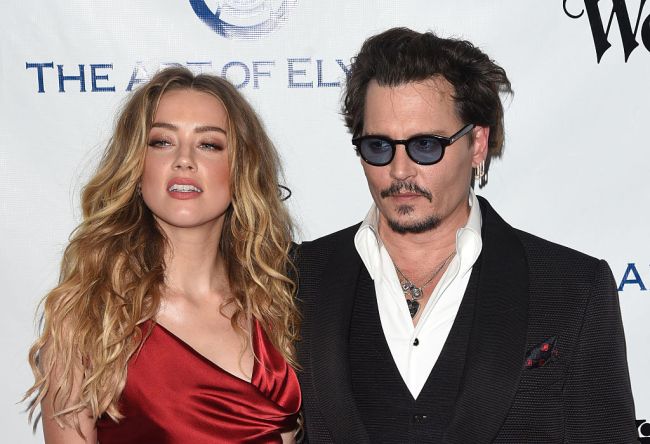 The hashtag “Justice For Johnny Depp” was trending worldwide on Twitter on Tuesday, as movie fans called for Amber Heard to be removed from Aquaman 2. Online critics were angry that Heard was still a major part of Aquaman and The Lost Kingdom, but Johnny Depp was removed from his acting role as the dark wizard Gellert Grindelwald in the Fantastic Beasts franchise over accusations of domestic violence. Depp was replaced by Danish actor Mads Mikkelsen.

Supporters of Johnny Depp tweeted at Warner Bros Pictures for allowing Amber Heard to play Mera in the Aquaman sequel, while previously terminating from the upcoming Fantastic Beasts film, both of which movies are scheduled to be released in 2022. Filmmaker James Wan announced this week that production of Aquaman and The Lost Kingdom began, which irked some that Heard was still in the movie despite shocking allegations of domestic violence levied against the 35-year-old actress.

I hope this movie is the biggest box office flop the world has ever seen. #JusticeForJohnnyDepp #AmberHeardIsAbuser #Aquaman2 #MenToo #AbuseHasNoGender pic.twitter.com/IhDY1LTMH7

Now that Amber Heard is trending don’t forget that the main reason she accused Johnny Depp of DV was because she didn’t want to leave their penthouse with her leeches of friends. Boycott Aquaman and all of her projects #JusticeForJohnnyDepp #AmberHeardIsAnAbuser pic.twitter.com/Rb5geOdYH3

ITS NOT HARD TO SPOT THE ISSUE HERE #JusticeForJohnnyDepp

The abuser. The abuse survivor. pic.twitter.com/eYYlHhMWKU

Amber Heard is still in Aquaman 2when she physically and mentally abused her husband?

Johnny depp has been removed from his upcoming projects but amber heard is still leading actress in aquaman 2. @wbpictures don't be so partial atleast respect an actor for his acting skills. #JusticeForJohnnyDepp pic.twitter.com/McS55uFJRW

RELATED: Johnny Depp Claims Amber Heard ‘Painted On’ Her Bruises, Severed His Finger And Defecated In His Bed In Court Filings

A petition to remove Amber Heard from Aquaman 2 has more than 1.8 million signatures on Change.org.

The hashtag Justice For Johnny Depp also trended in February 2020 after Heard confessed that she physically assaulted Depp and threw pots at him in bombshell audio clips.

“I’m sorry that I didn’t, uh, uh, hit you across the face in a proper slap, but I was hitting you, it was not punching you. Babe, you’re not punched,” Heard said during a therapy session in 2015. “I don’t know what the motion of my actual hand was, but you’re fine, I did not hurt you, I did not punch you, I was hitting you.”

“I can’t promise that it will all be perfect,” Heard says in the audio. “I can’t promise you I won’t get physical again. God, I f*cking sometimes I get so mad I lose it.”

“I’m not the one who throws pots and whatever the f*cking else at me,” Depp said.

Both celebrities claim they were the victims of domestic violence at the hands of the other former lover. Depp has claimed that Heard once threw a bottle at him, which severed the top of his finger.

Johnny Depp and Amber Heard got married in a civil ceremony in February 2015, but Heard filed for divorce in May 2016. The celebrity couples’ divorce was finalized in January 2017.