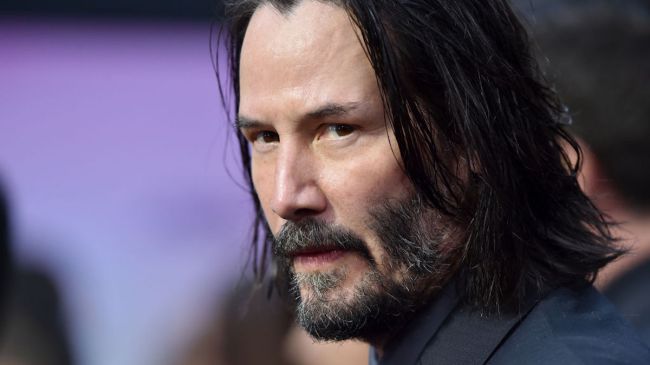 Given his status as one of the premier action stars in Hollywood, comic book movie fans have long been hoping that John Wick star Keanu Reeves would eventually wind up in the Marvel Cinematic Universe.

And while Marvel and Reeves have yet to strike a deal, that certainly doesn’t mean it’s off the table, as Reeves — who is a massive comic book fan having starred in Constantine and personally creating and writing the new comic series BRZRKR — recently told Jimmy Kimmel that if there’s one Marvel character he’d like to play, it’s Ghost Rider.

“It’s really cool, I think the way that the Marvel films have developed and what they are is really spectacular. It would be great to be a part of that. […] [Who would] 10-year-old Reeves [want to be]? I think he would probably want to be Ghost Rider,” Reeves said during a recent appearance on Jimmy Kimmel Live!

Needless to say, given that some Marvel fans have been dream casting him in the role of Johnny Blaze for years, there was quite a reaction on social media to Reeves’ reveal:

Keanu are you trolling us w/that Ghost Rider mention… https://t.co/Y6WXXLui1s

Keanu would be a mean Ghost Rider, we all know https://t.co/SOHENNlTXL pic.twitter.com/UujAsSdyVU

Omg!! I love this man. 🥰🤣He’d bring some cred bk to Ghost Rider that’s for sure. Sorry to all the ppl who want Norman Reedus. https://t.co/7jaN2HFWUd pic.twitter.com/3EgIf97GaA

A couple of years ago, Marvel Studios president Kevin Feige indicated that the franchise was interested in recruiting Reeves’ services as he claimed that reach out to the John Wick star for “almost every film they make.”

Luckily for fans, Keanu already has a comic book movie role lined up as it was reported back in September — quite shockingly, might I add — that both he and director Francis Lawrence would be returning to make a sequel to 2005’s Constantine (which is something I’d personally been predicting for some time, to be honest).

Should it be mentioned among the best CBM films? Of course not. But I do find it to be wildly underrated and lost in time.

The original Vertigo version of Constantine aged in the comics — something quite unique in the medium.

Getting Keanu to return would be an absolute coup. pic.twitter.com/kOydlYledl

As for when fans can expect to see Reeves on the big screen next, John Wick: Chapter 4 is set to hit theaters in the United States on March 24, 2023. The next Marvel Cinematic Universe film, of course, will be Black Panther: Wakanda Forever, which hits theaters on November 11.