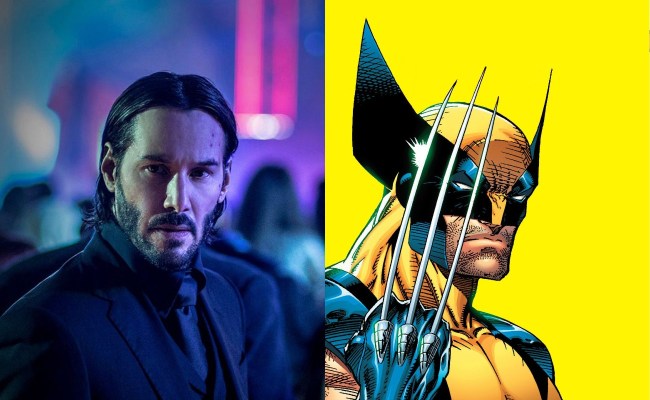 Dammit. Goddammit. As I rambled about Chris Hemsworth in the Mad Max franchise yesterday, sometimes certain castings just make sense. And, man, holy shit — Keanu Reeves as Wolverine definitely qualifies as one of those castings.

In a recent interview with SiriusXM, Keanu — while promoting Bill and Ted 3: Face the Music — revealed that he always wanted to play Wolverine but now, unfortunately, understands that it’s probably too late.

Alex Winter, Reeves’ co-star in the Bill and Ted franchise, reassured Keanu: “It’s not too late. It’s not too late for Keanu to play Wolverine. I’m just going to leave that there.”

“It is too late. I’m all good with it now,” Reeves responded.

Cohen asked, “Keanu is that real? Did you really want to play Wolverine?”

RELATED: The Original Kill Count In ‘John Wick’ Was 74 Less Kills Than The Final Tally

Now, to be clear, this is not saying that I would’ve wanted Reeves to replace the excellent Hugh Jackman in the role — not at all. What I am saying, though, is that an alternate universe where Keanu Reeves is Wolverine and the orange guy from reality television isn’t President doesn’t sound half bad.

It’s also worth noting that Reeves made a point to specify that he was particularly interested in the Frank Miller version of the character. Miller — the legendary comic book writer and illustrator who is known for iconic titles such as The Dark Knight Returns, Batman: Year One, Sin City, and 300 — co-wrote a Wolverine miniseries with Chris Claremont back in the early 80s.

While the ship may have sailed on Keanu playing Wolverine, the superhero window is certainly still wide open and is something that I’d personally love to see. There’s actually some light rumors of him returning to the Constantine role, which would just be an absolute home run, as Constantine is one of my favorite “bad” movies of all-time. Plus, the more Keanu, the better.