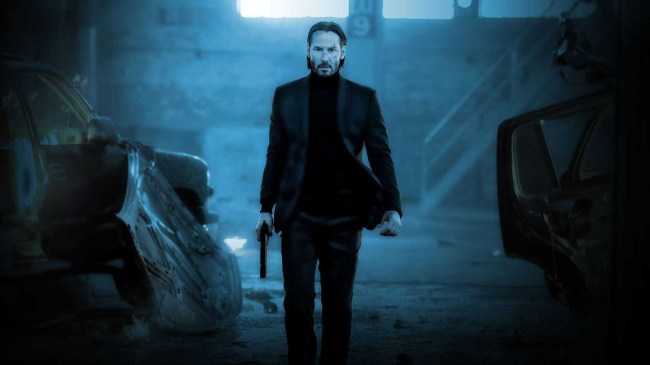 John Wick came out during my senior year of college. The year was 2014 and times were, uh, simpler. Keanu Reeves was that guy who crushed a couple of action films in the 90s but had since lost his way. I remember, when I first started seeing trailers for a new non-intellectual property action franchise starring the washed-up Keanu Reeves, wondering who the hell would go to see this?

Obviously, I couldn’t have been more wrong, as the John Wick franchise — which recently confirmed it will be making a fifth film — has since developed into one of the best action franchises of the 21st century. Not only that, but the franchise has also recontextualized Reeves’ place in action movie history, as I’d argue he’s in the conversation of being the GOAT of his generation.

RELATED: Who Would Win In A Fight: John Wick Or James Bond? (Both Wearing Bulletproof Suits)

For all of the franchise’s massive success now, it almost started off on a much different foot, as director Chad Stahelski recently revealed that the original draft of the scrip only had three kills, which is a casual 74 less than what ultimately made it into the final theatrical cut.

“I think he [Keanu Reeves] sent it to me on a Friday and I read it maybe that day and thought about it over the weekend. It was much more contained. I think only three people died in the original script, two were in a car crash. It was very, very minimal, and it was slightly different. I read it, and I’d always had this idea about Greek mythology and how to tell more a fablestic kind of story, make a surreal action movie so it wasn’t so grounded and gray, just something different.” [via ComicBook]

It’s almost incomprehensible to imagine a film that made its hay on incredibly choreographed gun-fu fight scenes only had three kills in its original draft, but such is the transformative process of filmmaking that is screenwriting.