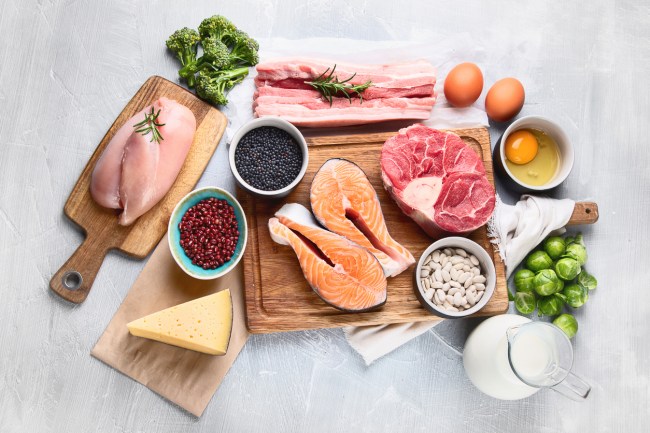 We are heading into peak flu season, and while flu vaccines may help some people, they are not infallible. In fact, flu vaccines were only 29% effective in 2018-2019 according to the Centers for Disease Control and Prevention (CDC). But you might be able to decrease your chances of suffering through a winter of misery from the flu by practicing a keto diet.

A new scientific study from Yale University found that a ketogenic diet may prevent and help overcome influenza. The promising new study was published on November 15 in the journal Science Immunology.

The medical study found that a high-fat, low-carbohydrate diet, such as a keto, were able to combat the flu compared to other diets when tested on mice. The study found that a ketogenic diet activates a subset of T cells in the lungs that was previously not associated with the immune system’s response to influenza. According to the report, the low-carb diet enhances mucus production from airway cells that can trap the virus, weakening it, and preventing it from growing stronger or spreading.

“This was a totally unexpected finding,” Akiko Iwasaki said in a statement. Iwasaki is the co-senior author of the study as well as Waldemar Von Zedtwitz Professor of Immunobiology and Molecular, Cellular and Developmental Biology, and an investigator of the Howard Hughes Medical Institute.

The findings in the study support previous research at Yale that theorized there are immune system activators called “inflammasomes” that can cause harmful immune system responses in the body. The Yale researchers believed that diet could affect how the immune system responded to pathogens, such as influenza. The low-carb, low-sugar diet stopped inflammasomes from forming. The discoveries were found by two trainees: Emily Goldberg and Ryan Molony.

The mice infected with the influenza virus in the study that were fed a keto diet had a higher survival rate than mice on a high-carb diet. The keto diet released gamma delta T cells, which are immune system cells that produce mucus in the cell linings of the lung. The mice enjoying pasta and muffins on their high-carbohydrate diet did not have gamma delta T cells.

RELATED: One Stinky Side Effect Of The Keto Diet Is Funky ‘Keto Crotch’ And Carbs Never Sounded And Smelled So Delicious

“This study shows that the way the body burns fat to produce ketone bodies from the food we eat can fuel the immune system to fight flu infection,” said the study’s co-senior author, Visha Deep Dixit, professor of Comparative Medicine and of Immunobiology.

The ketogenic diet instructs participants to fuel their body with protein instead of carbs and sugar. If the body has a low consumption of carbohydrates and sugar for an extended period of time, it runs out of blood sugar to use for energy. The ketogenic diet sends the body into ketosis, a natural metabolic state that forces the body to burn fats for energy instead of carbohydrates.