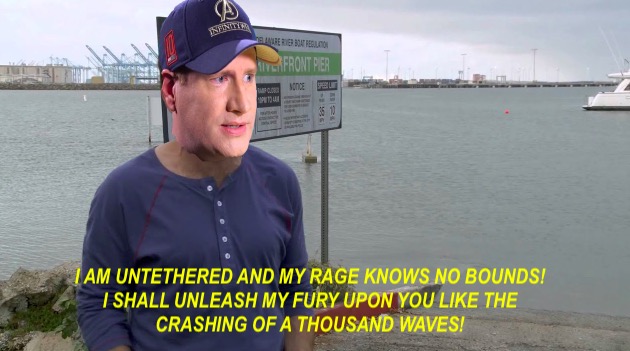 On Sunday night, after an entire summer of waiting, a grainy, unfinished version of the highly-anticipated Spider-Man: No Way Home trailer leaked onto the internet, sending Marvel Cinematic Universe fans into a tizzy.

While essentially all MCU fans were hyped to finally get a glimpse of the trailer — and, honestly, I’d argue the trailer leaking is a *win* for Marvel, as it means everyone will now simply watch and talk about the trailer *twice* — there’s at least one person out there that’s certainly not thrilled with the leak and that’s Marvel Studios president Kevin Feige.

Over the last decade-plus, Marvel Studios has built up a reputation of careful secrecy forged through a combination of master marketing, air-tight sets, and endless NDAs. So one can only imagine how furious Feige must have been when the trailer for No Way Home — perhaps the most anticipated Marvel Cinematic Universe trailer of all time that doesn’t have the word “Avengers” in it — hit the internet.

Well, imaging how angry Kevin Feige must be is exactly what the internet did and the resulting memes were glorious:

"It's called Spider-Man: No Way Home because of the multiverse but also because of Marvel's deal with Sony. You see the MCU doesn't technically own Spidey. It's this whole big thing. So now he may get stuck in a DIFFERENT universe with Tom Hardy's Venom!"pic.twitter.com/MZO4HEyqgQ

someone check on Kevin Feige pic.twitter.com/3W61YTAmHd

Given that the leaked version of the trailer is now circulating the internet, it certainly wouldn’t be surprising if Marvel and Sony released the official version in the coming days.

Spider-Man: No Way Home — the fourth film in the Marvel Cinematic Universe’s Phase 4 following Black Widow, Shang-Chi and the Legend of the Ten Rings, and Eternals — stars Tom Holland, Zendaya, Benedict Cumberbatch, Jamie Foxx, Alfred Molina, Marisa Tomei as May Parker and perhaps a few more surprises, such as Andrew Garfield and Tobey Maguire as Spider-Man, although their returns have yet to be confirmed. At this time, the film is currently scheduled to hit theaters in the United States on Friday, December 17.